Podcasts 'could die' from programmatic push 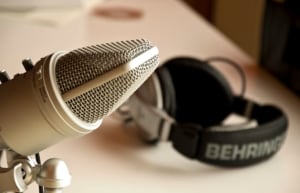 The rise of digital has meant marketers have become accountable for every spendable dollar and with podcasts looped into the same genre of “new media”, the push to programmatic is coming thick and fast from media buyers. But podcast publishers and those in the audio industry are concerned that programmatic could kill podcasts before they’ve had their chance to really shine.

Speaking at an International Advertising Association (IAA) event held by Nova, head of creative services Andy Milne expressed concern that programmatic in the podcast space could have dire consequences.

“If you just buy the best CPM available and stick it in there, you lose contextualisation and then podcasts become dead,” Milne said.

“No one will accept an ad, no matter what the platform, if it’s contextually irrelevant.”

He said media agencies are struggling to get their head around how to buy media for podcasts.

“We have conversations with media agencies who want to buy podcasts so they buy radio and it’s not the same. Podcasts are consumed differently and serve a different purpose,” Milne said.

“At the moment we are talking about a traditional media buying model, which is there’s a program, I’ll insert my message in that program and I need to buy a lot of media to get cut through. We need to look at how people buy podcasts because it’s not the same as radio or traditional media.”

An audience member from performance marketing network Optimise said the only way to not make podcasts a programmatic race to the bottom is to hold out audio as an intimate product for as long as possible and push the idea of sponsored content, not ad slots.

“We tell our advertisers be the content, don’t disrupt the content,” she said. “We want sponsors for our show who don’t want the typical 30-second slot.”

Working with Uncle Toby’s, Mamamia built a sponsored segment for the brand, where the hosts would talk about the best moment of their week.

“When you can work with advertisers that give you creative reign and don’t just want the white wash of a 30-second ad read – we love that,” Bowley said.

Matthew Gain, head of ANZ operations for audiobook company Audible, said the lack of attribution data and measurability is currently deterring advertisers from investing in podcasts.

“It’s very difficult to see the listenership for any podcast because the publisher has no idea what happens when it lands on the device,” Gain said.

Bowley agreed, adding data from Apple doesn’t add much clarity and other podcast producers are unlikely to share their audience figures to create a benchmark comparison.

Media Stable MD Nic Hayes, who also regularly appears on the podcast Brand Newsroom, agreed, saying: “Limitations are coming from those who hold the purse strings.

“Some brands aren’t looking to spread across mediums because it’s about the numbers – they like them big. In the case of podcasts, finding the right audience can be harder than other mediums,” Hayes said.

Gain said if people are chasing ROI, they are likely to go for more traditional outlets because of podcasts short falls.

“Traditional ads, even if they are bad like Coles’ Down Down ads, have better ROI, so at the moment traditional advertising looks much more effective,” he said.

Audible is able to gather huge amounts of consumer data because it is used on a mobile device, which is why podcasts are in the position to do the same thing, Gain said.

“There is so much technology on the devices we consume podcasts on. If people want to monetise the platform more effectively, they’ve got to give better data around the listener, which is all there,” Gain said.

“It’s up to the podcast producers to solve the issue so media buyers can apply it more effectively in a way that’s measurable.”

In five years’ time Bowley predicts podcasts will have moved into a subscription model, similar to that of Spotify and Netflix.

“If we end up with programmatic advertising and it’s a race to the bottom, I think we’ll see a Spotify model for podcasts, where you purchase an ad free model,” Bowley said.

Gain said advertising isn’t going to work for every podcast and the future for some will be in niche markets.

“The programmatic move is happening whether you like it or not. Whether that’s effective or not, it’s the mass play,” he said.

“For the future, I’d be thinking the niche play because advertising isn’t the way you are going to make money unless you have a mass audience like Mamamia.”

Milne expects to see the further categorisation of podcasts, both for consumer facing and commercial benefit, which will eventually allow AI technology to serve more content to users.