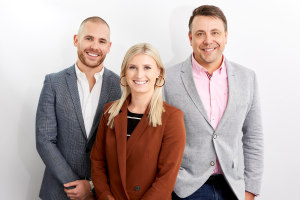 Pacific has added three members to its sales team following recent investment in its data and digital offerings.

In May, the publishing house signed a deal with TEG Analytics to create a Customer Data Platform (CDP). It also became one of the first Australian publishers to add in-email videos in a partnership with video marketing platform Playable.

Joining from Allure Media is Rebecca Penn as the publisher’s group sales manager. Penn previously held the same position at Allure and has also worked at RhythmOne and Amobee.

Merson Lewis has been appointed to the newly created role of head of digital trading. He is charged with leading digital revenue through new products such as video, audio and general content solutions, all backed by Pacific’s CDP. Lewis had previously been at ARN where he was digital group sales manager.

Also stepping into a new role at Pacific is Joe Revill as head of NSW agency sales, where he will help build relationships in-market. Revill had previously been at Discovery Networks and Bauer Media, where he built out digital commercial products.

“Pacific’s ongoing evolution has seen our media offering grow beyond print, digital and social to include audio, video and events as we continue to extend and explore the role our brands play in consumers’ lives,” says Andrew Brain, Pacific’s national sales director.

“This focus has brought new and younger audiences into our ecosystems, enabling clients to drive deep connections via end-to-end marketing solutions. Welcoming digital-first, content-led media professionals to our team further cements our commitment to agility and innovation.”

As part of the tie-up BEAUTY/crew’s product reviews will be syndicated via Bazaarvoice to retailers including Myer, Mecca, Big Q and chemist Warehouse.