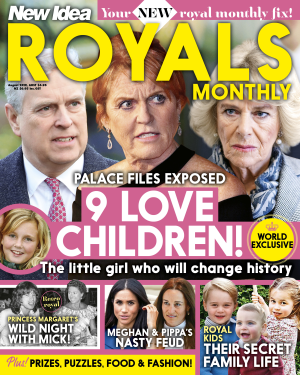 The move from the publishing house hopes to build on the success of New Idea’s coverage of the royal news, particularly its New Ideas Royals mini magazine released in December last year.

The new monthly, on sale from 11 July, will contain royal content from news to fashion and food. Pacific says it’s in response to “unprecedented demand for royal content”.

“New Idea is the undisputed number one brand for royal content generating a deep loyalty from readers and New Idea Royals is set to attract this same loyal following.”

Currently, New Idea has the New Idea Royals Podcast which attracts up to 33,000 listeners each episode, along with a dedicated royal vertical and Facebook Page, New Idea Royals which has reached more than two million people in the past 28 days alone.

Pacific’s one-off publication The Royal Wedding Issue saw a 35% increase in newsstand sales and in the past year more than 161,000 royal collector’s special issues have been sold.

The new monthly magazine will be supported by a campaign across Seven West Media’s assets, including TVCs.