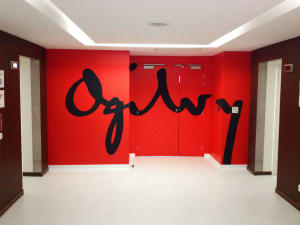 When Ogilvy launched the digital overhaul of the AAMI L-plate logbook, it didn’t only revolutionise a system that has been around for more than 50 years, but the campaign was the first step towards the agency’s own transformation.

More than 18 months in the making, Ogilvy released an app for AAMI last week that tracks learner’s driving progress, enabling users to leave the log book at home and providing feedback on where drivers need more practice.

It was the first project that Ogilvy collaborated with AAMI wholly for the campaign, from creating the app and to website to the 60-second TV commercial.

Ponce De Leon explains the campaign is a defining moment for the agency and a signal of work that is to come from Ogilvy, focusing more on product development and ventures.

“Ogilvy has been undergoing a digital transformation since David Fox (CEO) joined in 2014, where we need to move from a traditional agency to a company that can be incredibly innovative for all our clients,” Ponce de León says.

“The AAMI SmartPlates defines to the industry that Ogilvy has become that agency.

“This campaign is not a flash in the pan. To stand out in this landscape, we know this is the type of work we have to do and there a lot of things in the pipeline that will shift the perception of the agency as traditional.”

Ogilvy launched its innovation arm, OgilvyVentures, in 2015 to grow tech-based ventures in Australia and abroad. The offshoot worked with Ogilvy Melbourne on the AAMI campaign, advising on issues surrounding IP and licensing.

Taking a swipe at scam products, Ponce de León says the SmartPlates app is very much real and available on the App Store now.

“It was very important that this was not a dodgy prototype, rather a real solution to a problem for a client.”

In WPP AUNZ's first full year results since its merger with STW, CEO Michael Connaghan credited Ogilvy for being a “shining light” for the group, led by Fox.