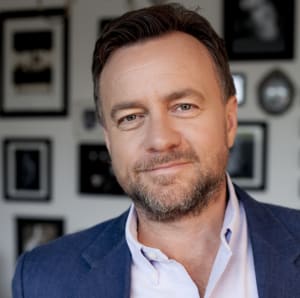 WPP AUNZ is “unbeatable” in this market, according to the group's CEO Michael Connaghan, as he reports the first full year results since its merger with STW.

Connaghan says he is pleased with the results, but expects 2017 to be a pivotal year as the company continues to write-down at least $15 million of cost synergies over a period of three years and focus on increasing margins at underperforming, including Grey, Y&R Group and JWT.

“While we remain cautious on the outlook, given a flat media market, restrained client spend and a subdued macro-economic environment, we saw significant momentum in new client wins in the final months of the year,” Connaghan says.

“At this stage, we expect to deliver mid-single digit growth in earnings per share for the full year 2017.”

“The advertising and media segment remains in significant demand, which was strengthened by the GroupM offering,” Connaghan describing a “cracking finish to the year” in terms of new business.

Connaghan called out strong performance from Mindshare, which won Ikea, Bupa and QSR at the end of last year, MEC and MediaCom, which he credited for winning and retaining business including Uber, Mars and News Corp in the wake of a troubled few years. There was no mention of Maxus, which lost Fiat Chrysler at the end of 2016.

In creative he called called out JWT, Y&R and “sleeping giant” Grey as areas needing attention, saying they have not delivered in this market in the way they would considering the clout of their global brands.

Grey has recently merged with The White Agency as part of Connaghan's strategy to merge “powerhouse” global brands with local brands to create stronger and more streamlined businesses.

Most recently Landor Australia was merged with Designworks and creative technology agency DT joined the global AKQA network. It is expected more mergers will roll out this year.

Ogilvy was credited for being a “shining light”, led by David Fox, and delivering on its 2016 targets, as was Ogilvy's public relations offering, explains Connaghan, with Ogilvy PR leading the way.

“We see the margin improvement [for public relations] as one of the defining proof points of the merger and the power of bringing STW and WPP together,” he says.

One area of the business that faced decline in 2016 was WPP AUNZ’s production offering. While Connaghan says this drop will not be repeated this year, he flagged plans to consolidate production businesses.

WPP AUNZ is the fifth largest region for WPP and while the group reported revenue and profit growth, Connaghan noted that the economy is in a “low growth cycle”.

John Steadman, board director and chairman of WPP Media Services, projected 4.2% growth in the market in 2017 and Connaghan believes WPP AUNZ can grow faster than both the economy and the market.

He celebrated the scale that the WPP merger last year had on the business saying “Nothing could have future-proofed us more than the merger”, but also believes the AUNZ business contributes to the global WPP Group, particularly in terms of innovation.

“Australia and New Zealand has always punched above it weight and the creation of WPP AUNZ leverages the best of what WPP has to offer, but we also have something to offer the globe and indented to be at the front of innovation,” he said.

“Being part of something bigger is important but being smarter is another thing. We know a lot more than the other groups, and we do more,” he says, calling the group “unbeatable” in Australia and New Zealand.

“I absolutely believe that pound for pound we have one of the best marketing communications businesses on the planet. When you combine the local power of a home grown group such as STW with the iconic brands of WPP’s international units, we really do have an amazing platform,” Connaghan says.

“We are pleased with the progress that has been achieved during 2016 across our combined group. Our business model continues to deliver organic growth as well as future expansion opportunities through the global WPP Group. In particular, the merger provides exciting pathways for our talented people and generates market leading services for our clients.”

WPP AUNZ aims to continue to move towards the network’s global philosophy of “horizontality”, meaning more agencies across the portfolio will share assets and work more closely together.

Plans to encourage this integration across the entire group which Connaghan outlined to AdNews when the merger was formed, such as the campus strategy to bring agencies into the same office locations are “winning”, he says, as is an incentive and remuneration structure that incentivises business leaders within the group by basing targets on 50% on company performance and 50% on total WPP AUNZ performance.

“The campus strategy is a winner and we will co-locate wherever feasible. Horizontality – whatever you want to call it – offers best opportunity to deliver growth and cater to client needs. It will be powerful so the rewards should flow. Working for our group provides you the greatest creative canvas but also the most rewarding.”