No ads for Sky’s Bolt show as host defends Pell 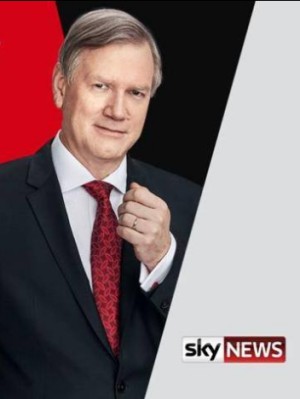 There was no paid advertising during last night’s Sky News show, The Bolt Report, according to Sleeping Giants Australia.

The host, social and political commentator Andrew Bolt, caused anger ahead of the TV show for his opinion piece in The Herald Sun in which he claimed Cardinal George Pell has been ‘falsely convicted’.

Yesterday Pell was found guilty by a jury for molesting choirboys as an archbishop in the 1990s.

In addition to his opinion piece in the News Corp paper, Australians also hit back at a tweet from the program, showing a preview of Bolt saying he 'doesn't accept' the verdict.

According to Sleeping Giants Australia, an activist group targeting advertisers, the subscription broadcast of the show included no paid ads, which was confirmed by its ‘official monitor’ and other viewers.

It’s not clear whether brands pulled the ads themselves or if Sky News chose not to air any.

“A responsible advertising policy should be part of every company's core values, the content they are associated with is relevant and reflective of the culture of a company,” a Sleeping Giant Australia spokesperson said.

“When a company enters into a media placement contract it should have a content and brand protection clause. The time of shrugging and saying "we have no control over the content" has long passed.”

AdNews has approached Sky News and News Corp for comment.

Sleeping Giants also released a list of advertisers on Sky News for the week ending 26/02/19, telling AdNews it was because viewers were ‘passionate’ about the issue.

Twitter users have been tweeting their concerns to brands, urging them to cease advertising on Sky News.

Sleeping Giant launched in Australia in 2017 and has previously targeted Sky News for its Outsiders show and 2GB’s Alan Jones.