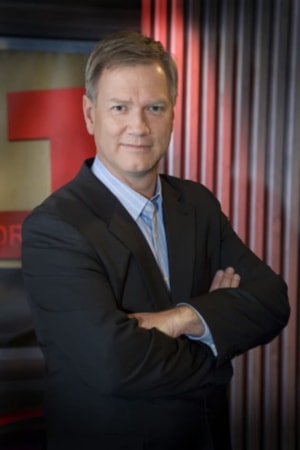 Sky News has confirmed to AdNews that it intentionally made the decision to drop ads from The Bolt Report in order to protect advertisers from any potential backlash.

Yesterday, The Sleeping Giants found that Tuesday night’s The Bolt Report aired with no paid ads as the host, political and social commentator Andrew Bolt, angered Australians with his defence of Cardinal George Pell.

This week Pell was revealed to have been found guilty by a jury for molesting choirboys as an Archbishop in the 1990s.

In an opinion piece following the verdict, Bolt said Pell had been "falsely convicted" and in a preview for his Sky News show he said he "doesn't accept" the verdict.

Now, Sky News has confirmed to AdNews that it actively made the decision not to run ads, rather than give advertisers the option to pull out first, in order to prevent advertisers from being the target of public campaigning.

“Sky News is committed to providing a platform for robust debate and discussion, and is not afraid to tackle confronting and controversial issues,” a Sky News spokesperson said.

“Sky News recognised that the controversial topic of George Pell’s conviction to be covered by one of its highest rating commentators may have presented an environment that left advertisers open to campaigns by activists.

“A proactive decision was made to replace advertisements during last night’s program.”

Despite the measures Sky News took, businesses have still been facing protests after The Sleeping Giants posted a list of advertisers on Sky News for the week ending 26/02/19.

So far, brands including Nib, Samsung, Procter & Gamble, Coles, McDonald’s and CommBank have had Twitter users urge them to stop advertising on Sky News.

@TheRock man, I love everything you do and can not wait to see fighting with my family, but I thought you should know your film is being advertised on a. Show where they are defending a convicted child rapist. Put a stop to this!

Dear @Coles @CommBank
As a share holder in the company I’m somewhat dismayed that we choose to advertise on a program which provides a platform for child abuse apologists like Andrew Bolt. His attack on the veracity of the victim is reprehensible. @slpng_giants_oz

Nib responded to the activist group The Sleeping Giants saying it doesn’t share the views of Bolt.

Hi. Thanks for bringing this to our attention. Our ads appear by automatic placement throughout the program, this does not mean we support the individual views of the presenters. Thanks