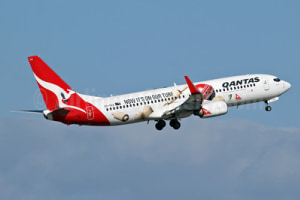 A change.org petition is urging Qantas to end its relationship with Sky News and stop airing the program on its planes.

It's the latest blow for Sky News which continues to suffer in the fall out after airing an interview with right-wing supremacist Blair Cottrell.

The petition aims to get 50,000 signatures and has already been signed by nearly 35,000 people.

The petition says Sky News is dedicated to "dividing our nation" and "driving a wedge between cultures and racially diverse groups", and challenges Qantas to remove Sky News.

"Whilst it is not our aim to discourage healthy debate, expression of opinion and freedom of speech, we don’t believe these freedoms should extend to racism, bigotry and misogyny without challenge," the website reads.

It questions why Qantas, a public company that prides itself on inclusion and Australian values, is paying "to spread this nonsense".

A Qantas spokesperson confirmed to AdNews there is no change to the Qantas agreement with Sky, despite the mounting backlash.

Since the interview with Cottrell went to air, brands including Amex, Huggies, Luxury Escapes, Specsavers and more have paused their advertising with the broadcaster. Over the weekend, Australia Post also joined the boycott.

The content shown was not acceptable, and certainly doesn't reflect our brand or values. When it aired we immediately pulled all advertising from Sky News. We're aware the adverts have continued to run and we're working with our Media Team to determine why this is occurring. - K

Metro Trains Melbourne has also banned Sky News within its railway stations and Virgin Australia is under pressure to cut ties with the program.