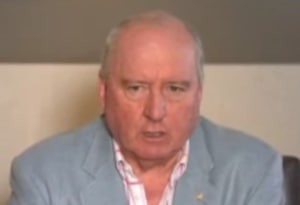 As a result of Sleeping Giants' early efforts, 1300 Australia has pulled advertising from the radio station and big brands including Coles, AGL, Kia, Vodafone, Subway and Specsavers are being urged to halt their campaigns.

The activist group has criticised Jones for attacking Herron, calling her a "tyrant" and questioning her credentials after she said she wouldn't allow the Opera House to carry advertising for The Everest Cup horse race on its sails.

The NSW Government sided with Jones, meaning the iconic landmark will tonight be lit up with with colours, numbers and a trophy for the upcoming Everest race.

We will try & provide as many social media contacts as possible

Sleeping Giants Oz issued a statement to AdNews, saying: "Sleeping Giants Oz fully supports the action against allowing the Everest Event to go ahead at the Opera House and applaud everyone who supported the petition.

"However this is now largely being used by Jones to brush over the bullying and threatening ambush he and Peter V'landys executed last Friday. Jones is a blight on the Australian media landscape and the time has come for those in the advertising industry to protect the the brands of the companies they represent from the inevitable next time."

Jones, who has since apologised for the commentary, is no stranger to controversy and this isn't the first time advertisers have boycotted his radio show with Teachers Mutual Bank and Law Society NSW blacklisting the show after his racist comments in August this year.