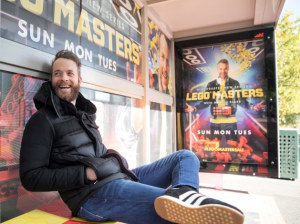 Nine has announced it will renew Lego Masters for a second season in 2020, launching a call out for contestants to apply via its website.

The lego-based competition, hosted by Hamish Blake, saw Nine return to the top spot on primetime television drawing 1.3 million metro viewers in its debut episode and consistently maintaining over one million viewers every night.

Run over three weeks on Sunday, Monday and Tuesday in Nine's primetime spot, the show boosted Lego sales for eBay by 89%, with the online shopping platform reporting two Lego sets being bought every second following the show's debut.

Throughout the season, Nine worked with oOh!media to launch an integrated OOH campaign via its Commute by oOh! Street Furniture assets with oOh!’s network of classic and digital assets across the retail, roadside, office and cafe environments.

Prior to the show's debut, Nine revealed Kmart, Honda and a2 Milk as Lego Master's major commercial partners for the season.

All three brands were integrated into the Lego brand via sponsorship billboards which have been specifically commissioned to be made of Lego by McNaught and his team.

Kmart also commissioned Powered Studios to create a custom commercial which builds on its long-term partnership with Lego. AdNews understands the retailer saw a spike in Lego sales too.

The finale for season one will air Tuesday 14 May with the winning couple, chosen by McNaught, winning $100,000 in prize money.

Auditions for season two will take place in August and September, with the show set to begin shooting in October over 10 to 12 weeks.