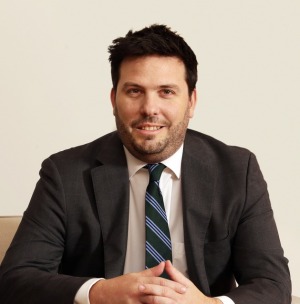 As part of a restructure to its leadership team, Damian Eales, Nicolas Gray and Julian Delany have been promoted with News Corp also axing the CMO role.

Bringing together its digital and print publishing assets, CCO Eales, who currently looks after metro, regional and community papers, will have his role expanded to include The Australian, News Prestige titles, and NewsDNA.

News Corp confirmed to AdNews they will not directly replace the CMO role to reflect the company's focus on audience growth and building the digital subscriber base.

Before his 14 years at Suncorp, Reinke was a marketing manager at Telstra and BHP in the US. He also serves on the PwC CMO advisory board and was made chairman of data analytics company Ingrity in June 2018 .

NSW managing director Michael Wilkins will move into the new role of MD for sport, wagering and gaming, which includes responsibility for Punters.com.au and Racenet.com.au.

The Australian CEO Nicolas Gray will add NSW managing director for the title to his role, as well as for News Prestige titles, which include Vogue Australia and GQ Australia.

The media company said the overhaul of its leadership team ensures it's able to focus on the key growth categories of travel, sport and wagering with News Corp Australasia CEO Michael Miller adding the alignment aims to improve the business' effectiveness.

“Eales has been a driving force behind our strategy and our improving performance since he joined News Corp Australia six years ago,” Miller said.

“In this expanded role, he will work with me to ensure we deliver on the growth agenda for our publishing division. We have clear strategic objectives and with these new leadership roles in place, I have every confidence that we will continue to grow and strengthen our business.”

The changes will be effective February 2019.