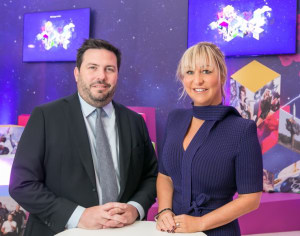 News Corp wants to be viewed as more than a media company, shifting to portray itself as a marketing services business, and with its new content marketing division, it could also challenge creative agencies.

Speaking to AdNews, chief operating officer of publishing Damian Eales said News Corp is “far more a media and marketing service company than ever before”.

Drawing from his previous experience as a marketer at David Jones and Westpac, Eales said clients want simplification and dealing with a myriad of agencies has become too complicated.

“When I was on the other side of this fence, the biggest job for me as chief marketing officer was trying to integrate a disparate group of companies to get a unified company,” he said.

“That’s a really difficult capability and requires a lot of people to be talking to people on a constant basis to execute that well. The alternative is to just go to one company who has all those capabilities and those people work together on a day-to-day basis. That one company is what News Corp is today.”

“A lot of the services and capabilities we launched today aren’t just media,” Eales said, referring to the slate of initiatives revealed at the upfronts, including a content marketing agency, a native network and several new data deals.

The new content marketing agency, Sudden.ly, will produce work for clients to live on their own platforms, where as the native network, News Native Network, creates branded content for News Corp assets.

These two businesses can work together, Eales explained.

“The content agency might make a piece of content then hope it gets a life of its own on social media, but the Facebook algorithm change means that it's getting harder as those posts are being deprioritised in that algorithm. With News Native Network, we’ll ensure it gets seen,” he said.

News Corp may be moving more into the commercial editorial space, but Eales said the company’s 2100 journalists would still write without “fear or fury” and remain their independence.

He was also adamant News Corp wouldn’t lose its focus from its media business, despite a new focus on growing its marketing service, as well as competing with creative agencies with Sudden.ly.

“Once, we only sold one product, which was a newspaper ad, but we have diversified our media assets over recent years to include a lot of digital assets and increasingly we are in the audio space,” he said.

“We will continue to innovate in terms of media, but increasingly we are offering more marketing services.

Becoming a one-stop shop for clients is a similar strategy to that of the major advertising networks, WPP and Publicis, which have consolidated their own portfolios to simplify client relationships.

So far, it’s a model that’s been in demand for the networks, with Publicis landing Mercedes Benz and Arnott Campbell’s and WPP winning Bankwest.

Eales is confident it could have the same lure to potential clients for News Corp, but admitted there is more work to be done in shifting its perception from a media company to a media/marketing hybrid.

“I think we are making great progress but we have a long way to go,” Eales said.

He will focus on conveying News Corp’s new approach at the upcoming Come Together events across Sydney and Melbourne, as well with a trade marketing that will roll out later this year.

Eales is hosting the Melbourne events and CEO Michael Miller will host the Sydney show.