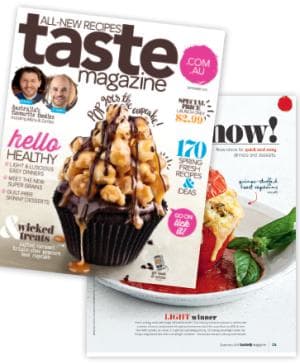 News Corp and its lifestyle publishing arm NewsLifeMedia are set to merge as part of a restructure, AdNews understands, alongside a number of senior management changes on both sides.

Chief operating officer for News Corp's magazine arm NewsLifeMedia (NLM), Robin Parkes, has left the business after less than a year in the role, AdNews can reveal.

This follows the surprise annoucement that Sharb Farjami, former CCO of News Corp, has left the company. He ahd been in the COO role for six months and prior to that he lead the sales division.

NLM's and News Corp's sales operations were brought together in May of this year, and now it is understood that all parts of the business are being merged as part of a restructure.  It is not clear the timelines of the merger or how many staff will be impacted.

When asked about the future of the business, a NLM spokesperson says: “NLM has always been part of the broader News Corp Australia business. We will continue to lead and innovate in our categories and have no intention of closing any of our brands.”

Parkes appears to have joined forces with Fairfax's former national trade marketing director, Chelsea Wymer, with the pair launching a marketing consultancy called Karus. Parkes' LinkedIn says the venture has been up and running for five months. It's thought she left her full time role at NLM in July. Karus and Parkes still consult for NLM, with the service also counting CTC group and Metro Travel as clients.

Current NewsLifeMedia CEO, Nicole Sheffield, told AdNews of Parkes' move: "Robin has decided to step back from her full-time role with NewsLifeMedia however she is still engaged with the business. She's a tremendous asset and is contracting on projects."

Parkes and Farjami's departures further flames the rumours that Sheffield may be up for a new role at News Corp in the merged organisation. The Australian recently tipped that both Sheffield and Pacific Magazines CEO, Peter Zavecz, were set for jobs at the publisher.

AdNews understands that the recent change of leadership at News Corp may have been a factor which lead to some of the departures, with Foxtel's new CEO, Peter Tonagh, responsible for bringing both Farjami and Parkes on board. Tonagh left News Corp in March. Previously he was the publisher's CEO in a joint role with Michael Miller, but Miller has since moved to head up the operation.

Parkes joined the business in September 2015 and was given the remit of leading NLM's expansion into new markets, products and services as well as driving operational efficiencies and the growth of business units at the publisher. Before joining Parkes held roles at Telstra, was the inaugural CEO of Freeview TV and executive director of Magazine Publishers Australia.