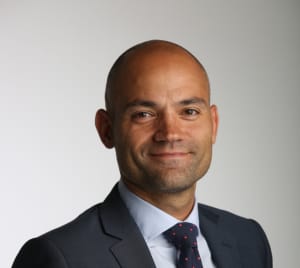 He'd been in the CCO role for seven months, but prior to that had been News Corp Australia's director of national sales for more than two years.

Farjami joined News from Mindshare, where he was chief operating officer. It is currently unclear what his next move is, with News saying he's leaving to 'purse a new career path'.

“I am disappointed to be losing a colleague of Sharb’s talent but I respect his decision,” Miller said.

“I would like to thank him for the contribution he has made to our business and for the leadership he has shown and I am pleased Sharb has committed to help us deliver our optimal sales structure for the future. The media and marketing worlds continue to fragment and become more complex and it is this dynamic that is driving the need to develop the structure and services that best meet our clients’ needs.”

“Sharb leaves News with my best wishes for the future.”

Since joining the company two years ago, Farjami has overseen significant changes in News Corp’s approach to sales, including the integration of network sales and NewsLifeMedia sales teams.

“It has been a privilege to have been involved with News at such a challenging and exciting time,” Farjami said.

“I am proud of my team’s achievements and I thank them and the News management team for their professionalism and friendship.”

As revealed this May, News Corp Australia announced it would combine the company’s network sales team with NewsLifeMedia's sales team - set to see a “full service multi-platform offering”, encompassing paid media, data, content and technology solutions. The new team was to be led by Farjami.

Prior to his three year stint at Mindshare in Sydney, Farjami worked at Ignite Media Brands, Viacom and MTV Australia, in various roles from New Zealand sales manager to VP ad sales and national sales director.

In November last year News Corp officially revealed its new management with Michael Miller and Peter Tonagh taking up the top jobs at the company. The pair marked the occasion by sending out a joint announcement to all staff outling how they plan to run the business and who will over see what.

In June former Coles and Woolies top marketer, Tony Phillips, took a full-time role as News Corp's CMO. This followed his sudden exit from Woolworths in May 2015, after little more than a year into the role as its CMO. His new permanent spot sees him report to News Corp managing director of metropolitan and regional newspapers, Damian Eales, effective 20 June.