Women in ad tech – chasing entry to the “boys club” or taking the reins? 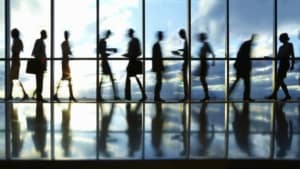 From attending ad tech meetups in Sydney and events such as ANZ's first Programmatic Summit, it's clear to see that there are women involved in the buzzing sector.

While we can name these women in leadership and programmatic roles, some say there are still not enough and that the ad tech space remains very much a “boys club”. We caught up with some industry professionals to get their views on the matter.

Grace Liau, general manager VivaKi APAC, said while generally speaking there are not enough women leaders in programmatic and ad tech, the landscape is changing, but it needs to be a little faster.

However she said the problem is not just a gender one and that there should be more diversity in general in programmatic and media as a whole.

Liz Adeniji, sales director, Australia and New Zealand at Rocket Fuel, said while Rocket Fuel Australia has taken a different approach and embraces diversity of every type - women accounting for two out of three of the workforce - she said you need only to attend a few programmatic/ad tech events to clearly see that women are “regularly outnumbered in panels and speaking opportunities”.

“This is also true of many leadership teams where women still form the minority,” Adeniji said.
“In my opinion, the ad tech industry is fast becoming a boys club.”

Doireann Ó Brádaigh, commercial director ANZ, at pure-play DSP The Trade Desk, said there is a “huge imbalance” skewed towards males in this space, and it would be "incredible" to start seeing more females in senior roles.

“In terms of true pioneers in the programmatic space, although she’s now moved to the US, one cannot help but think of our good friend Kaylie Smith as one of the truly inspirational female leaders, and one of my own personal mentors.”

Carolyn Bollaci, VP global accounts at Sizmek, Asia-Pacific, said that as a woman running a business in ad tech, naturally, she is very passionate about this topic.

“I know a lot of women that work in ad tech and excel in the space but, from an absolute management/MD perspective, there are very few,” she said.

Dan Sheppard, regional practice director at tech, media and communications recruitment group, Xpand, argued that some of the most influential, experienced thought leaders within the industry are women.

“There are the likes of Esther Carlson (Xaxis), Jessica White (Cadreon), Lynn Chealander (VivaKi), Jo Gaines (Krux), Adele Hanzlicek (Rubicon Project) and Alice Manners (IAB) to name just a few. Last year, we placed a number of women into senior roles and it continues to grow,” he said.

Mandy Davenport, marketing director, APAC at SpotXchange, said when she first joined SpotXchange there were one or two senior women in ad tech/ programmatic working in Australia, however over the past three years she'd estimate this number has tripled.

“There could always be more women in senior positions, but I feel as a country we have a greater proportion of women at the top than many other markets around the world,” Davenport argued.

What are your views on this? Comment below and let us know...