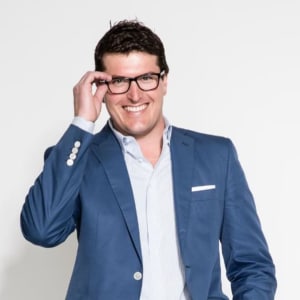 AdNews understands M&C Saatchi has been eyeing potential media agency targets to bring into the group for some time.

Bohemia has struggled with major client losses in the past year, shedding Lion, Vodafone and Quick Service Restaurants, while Pandora have launched a review. AdNews has been aware for several months that Bohemia had been seeking a buyer. This deal has been the making for nine months.

M&C Saatchi is one of Australia's leading independent creative agencies and adds a significant media planning and buying string to its bow.

Jaimes Leggett, M&C Saatchi group CEO, said: “Every business in every market is being disrupted. Ours is no different. Bringing media into the Group is the next step in our evolution. With Bohemia in the family, we will have the capability to marry content with context for more influential communications. Driving creative probability through increased media precision.

“M&C Saatchi is a confederation of creative entrepreneurs. With best-in-class capabilities, designed to connect with a consumer at every point they encounter a brand. We chose Bohemia for their rebellious spirit and desire to be transformative and transparent. They’re a great bunch of people too.”

Bohemia CEO Brett Dawson added: “We are incredibly excited by the opportunity to join M&C Saatchi. We admire their creative ambition, share their values and like the way they do business.

"As technology continues to disrupt the media operating system, creativity in all its forms will become even more influential in driving client growth. This partnership brings significant benefit to our staff and clients, and will allow us to shortcut and lead the transparency agenda. It will enable our Bohemian spirit to play out on a bigger stage.”