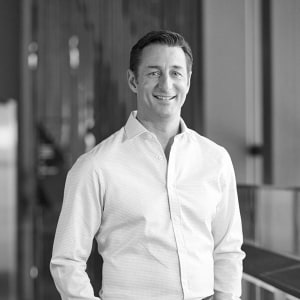 The overhaul, which includes changes to the brand experience team, means Nearhos' role will not be filled.

Last month, NAB announced that Knott would exit the business after more than two years with the company.

The head of group brand and the head of media and partnerships will now report directly Knott, with other brand experience teams reporting to other members of the marketing leadership team.

"As part of wider organisational change at NAB that began last year, we have made the decision to change the way brand experience is managed at NAB, elevating a number of the brand team as direct reports to the CMO," Knott says.

"Michael has been an outstanding and tireless contributor to NAB, and it is because of his work leading the repositioning of both the NAB and MLC brands that this structural change to NAB Marketing is possible."

"It is with genuine regret that I leave one of the best marketing roles in the country. It has been a privilege to lead this extraordinary team and to do some of the best work of my career," Knott said last month.

The shake up by NAB follows a broader industry trend, with other major Australian institutions employing marketing overhaul strategies.

In April this year, NAB also announced it would spend $1.5 billion over the next three years into an ongoing digital transformation program with a focus on personalisation.