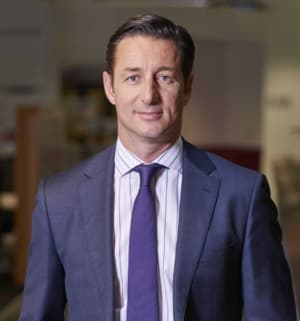 NAB CMO Andrew Knott will reveal a major push to drive transparency across the bank's media arrangements at the AdNews Live! Tackling Transparency event on 27 June.

In recent months Knott has reviewed NAB's media arrangements to find out where the bank needs to tighten up around media and digital spend and is working with media agency Mindshare to to ensure greater transparency.

There has been a reticence for marketers to speak out about transparency issues, whether that is to do with agency client relations, pricing and contracts, or the digital media ecosystem.

Understandably, it's difficult for a marketer to stand up and say that things were not as clear or transparent as they should have been, that contracts allowed for practices that lacked transparency and that dollars have been spent in ways that do not deliver what they should.

P&G's global CMO Marc Pritchard did just that at the start of the year in the US, admitting that he had signed off contracts that allowed practices he was not aware of. His admission and fight for better standards has given more marketers confidence to do the same.

For Knott, it's about following a business imperative.

“It’s important that marketers realise their role is to sell,” he says.

“Marketing is an investment. It has to generate a return. As a marketer I need to make sure I’m doing everything I can to generate  the optimum return for customers which in turn creates the optimum outcomes and return for the business.”

Knott says his approach to marketing has always been coloured by the Warren Buffett quote: ‘Price is what you pay. Value is what you get.’ This is as fitting now as it has ever been.

While he is determined to drive greater efficiency, effectiveness and transparency in where his marketing dollars go, and despite the current noise and distrust around digital media, Knott is not on a witch hunt to demonise digital media. In fact, it’s the opposite. He's looking for greater clarity, so that he can invest with more confidence.

He believes both Google and Facebook have acknowledged and taken steps to make improvements, but there is more to do on all sides.

“There is a business imperative to generate value from what we spend, and there is an industry imperative. As we all know, the media landscape has become increasingly complex over two decades because of the changes in consumer behaviour. As a result my marketing dollars have followed where audiences are, which is increasingly in digital.

“The way I think about my marketing investment is about buying the right audiences in the right context. It's apparent to me, the digital media ecosystem is lagging the movement of audiences and advertising dollars.”

“NAB is a top 5 ASX llisted company [in terms of market capitalisation]. We invest a lot of dollars in digital and will continue to do so, it will continue to grow … but now we are making certain that we’re getting our ads in front of the right people.”

The recent furore around brand safety, particularly on YouTube, Knott says, has shone a spotlight on the issue and forced action, but is not a “binary conversation” about what is safe, and what is not.

“I’m pragmatic about brand safety. We will never be in the position where our brand is 100% brand safe. We try our best in digital but it's nuanced, and that's no different to other forms of media.”

He sees the moves by Google, including the decision not to monetise YouTube channels with fewer than 10,000 followers, as positive steps.

He’s also not against the so-called “tech-tax” whereby multiple tech players each take a slice of the media investment along the way. Recent revelations have shown that as little of 20% of marketers’ digital spend goes towards

“I’m very cognisant of the 60/40 split between working and non-working media, and if it delivers an effective audience then each incremental clip of the ticket makes sense. I’m not saying the tech tax is wrong, but when I can't see where it's going, then I have questions,” he says.

Knott is keen to take a reasoned stance, and doesn't believe he has all the answers.

“We need to keep cool heads - this isn’t a crisis. It won't be solved by me, or any single advertiser, but every CMO should line up … ad dollars have a certain degree of power,” he explains.

“Transparency is moving forward and there has been progress … Facebook is facing up to transparency, and the industry isn't sitting still. There’s a kind of domino effect with things like Pritchard in the US, but we need to do more.”

Hear more about what Andrew Knott is putting in place at NAB and how he is pushing for greater transparency at the AdNews Live! Tackling Transparency half day forum on 27 June.