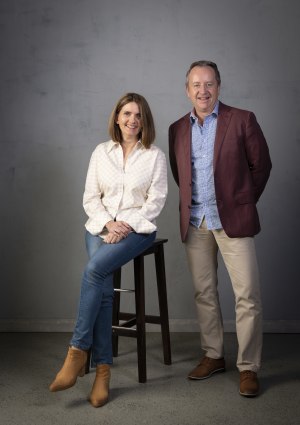 JSA’s Brisbane and Gold Coast operations will be merged immediately with McCann and The Red Republic’s Queensland operations.

JSA managing director Jeremy Bews says it is an "honour" to be joining what he believes is one of Australia's "most exciting" agency groups right now.

“McCann is the world’s most awarded agency network for both creativity and effectiveness," Bews says.

"And I’ve admired how The Red Republic has grown from its Brisbane beginnings into an impressive national player with McCann. Now what a beautiful narrative for the next chapter in the JSA story.”

“JSA has recorded extraordinary growth in recent years, especially during this challenging time as large corporates have invested heavily in digital transformation to streamline their operations,” Bews says.

“After 21 years, we’re excited to continue to evolve, prosper and sharpen our integrated brand experiences well into the future with McCann. Our shared values in providing an unwavering commitment to achieving the best possible client outcomes and having access to the most strategic and creative brilliance, made this unification a no-brainer.

"We also fondly remember McCann Brisbane circa 2009, whose success in attracting Brisbane’s best talent and their uncompromising creativity made them the agency to aspire to. So we’re firmly focussed on enhancing the McCann brand in the local market again.”

“Jeremy and Carla (Steadman) have built a first-rate agency offering, especially in their digital capability and Drupal expertise," Lilley says.

"They’re also wonderful people with an equally wonderful agency team and culture. I couldn’t be more excited to be welcoming them to our national team.”

This is Lilley's latest acquisition since assuming ownership of McCann Worldgroup Australia and announcing his plans to acquire independent advertising and marketing businesses across the nation.

He also acquired Red Engine SCC in April following news that it had entered voluntary administration.

Lilley confirmed that these acquisition plans remain unchanged despite the global COVID-19 crisis and that further acquisitions are underway and will be announced over the coming months.

McCann’s national agency group has grown on the back of a number of strategic acquisitions, including Lilley’s first independent agency SMART, which McCann acquired in 2011 installing Lilley as McCann chairman and CEO and then as McCann Worldgroup Asia Pacific Creative Leadership Chair.

At McCann, Lilley has completed further acquisitions including The Red Republic in 2016, design agency Studio Woo in 2017 and Red Engine SCC in April this year.

“Our strategy is to scale our national suite of best-in-class solutions to best address each clients’ own specific suite of marketing and communications needs,” Lilley says.

The agency group has also made a string of high-profile hires following a leadership team shake-up after Lilley assumed ownership.

The most recent hire is Roshni Hegerman who returned to the agency as executive strategy director, from her APAC role at McCann China, where she was regional strategic lead for Coca-Cola.