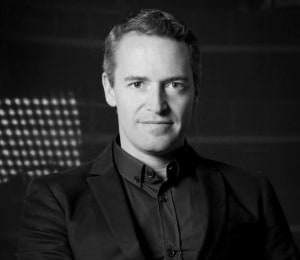 The agency went into voluntary administration recently with liabilities of more than $4 million, including staff entitlements and an unpaid tax bill.

Commecial details of the acqusiition were not revealed.

The Red Republic managing director Mia Hamilton says the move will bring the agency's content production to the "next level".

“Content is king and it’s important to us that we’re offering clients the most creative solutions possible as we grow and expand," Hamilton says.

"I’m thrilled to be working with Julian Townley and his team and can’t wait to make some incredible work for our clients.”

Julian Townley, CEO and founder of Red Engine SCC, will move over with the business.

“I couldn’t be more pleased to be joining Ben, Mia and The Red Republic’s national offering," Townley says.

"Ben’s entrepreneurial ambition and track record speak for themselves and this is an exciting new stage of creative growth for our Red Engine SCC staff and clients alike.

"Our creative content experience and capabilities align seamlessly with The Red Republic’s integrated offering and I couldn’t imagine a more perfect new home for our business.”

The acquisition has reportedly been on the cards for some time following Lilley's announcement that he was seeking to acquire independent agencies.

Lilley confirmed further acquisitions are underway and more will be announced over the coming months.

He says that his acquisition plans remain unchanged despite the global COVID-19 crisis.

"There’s nobody else in the market acquiring independents right now. And it’s unlikely we’ll see any more buyers for several years," Lilley says.

"So for agency owners thinking about selling their businesses or becoming part of a network, this is a chance to engage with our national group while we’re actively pursuing acquisitions.”

He was previously the CEO and chairman of the network in Australia, following the acquisition of his first independent agency SMART in 2011.

He was then made McCann Worldgroup Asia Pacific Creative Leadership Chair.

“Our strategy is to scale our national suite of best-in-class solutions to best address each clients’ own specific suite of marketing communications needs,” Lilley says.