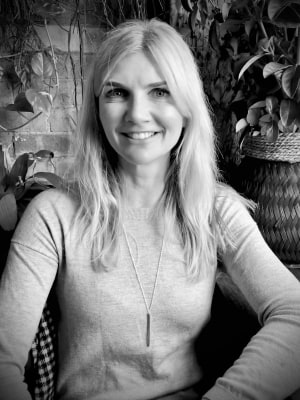 McCann Sydney has appointed Caroline McLaughlin as senior business lead, with more hires to come as the agency prepares for a post coronavirus world.

McCann Australia creative chairman Ben Lilley says McLaughlin is one of a number of key senior hires to be announced over the coming months.

Prior to DDI, McLaughlin worked in management roles for global networks including Clemenger BBDO in Sydney, McCann and Ogilvy & Mather in London and Johannesburg.

She has also held board positions at BWM Dentsu, Clemenger BBDO, the International Advertising Association and non-profit, Global Sisters.

“Throughout my career I've always fiercely believed in the power of creativity," McLaughlin says.

"I'm delighted to be joining a great team in Sydney at a time when McCann globally is the top creative force on the planet and is locally investing in a resurgence of its Sydney office."

McLaughlin's MD role will not be replaced at DDI Australia.

DDI Australia founder Bernd Winter told AdNews the agency is in the process of "inverting" itself with young creative talent to take it forward.

"There is a leadership team in place with GM Tillie Stephen and client partners Melissa Aras and Rosie Carey," Winter says.

"We believe adland has not only changed, it will emerge quite differently after this reset."

McLaughlin is one of a number of new hires in the Sydney agency, including Simon Gawn who was recently appointed as client services director.

Lilley says McCann Australia is investing heavily in both new and existing talent.

The agency has made no staffing or salary cuts during the COVID-19 global pandemic and Lilley says the agency’s recent change to independent ownership has allowed it continue to put “people before profits”.

“From February, we started to make deep cost cuts across every expense line of our national business other than salaries, so we wouldn’t have to make any staff or pay cuts," he says.

"As we emerge from this crisis, McCann will be fully staffed and ready to meet our clients’ immediate needs, without the delays and disruption of having to restaff and retrain.

"We’ve also undertaken extensive planning and research into what the post-crisis business climate will look like. One of Caroline’s first tasks will be to start planning with our clients now, to help prepare for their return to this ‘new normal’.”

McCann has more open roles in Sydney and is also on the hunt for an entrepreneurial senior strategy professional, with a strong background in consumer insights, creative strategy and digital.

Clayton has since returned to DDB Sydney where she initially left in 2018 to join McCann working in the same role.

Red Engine SCC is the first of what Lilley says is a number of acquisitions to be revealed over the coming months since he announced plans to acquire independent agencies and merge them to become part of McCann Australia.