Red Engine owes $4 million as it goes into voluntary administration 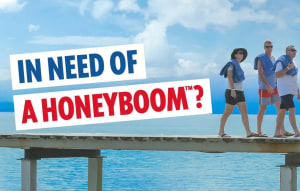 Independent creative agency Red Engine SCC has gone into voluntary administration with liabilities of more than $4 million, including staff entitlements and an unpaid tax bill.

CEO Julian Townley, a former sales manager at Ten and at Yaffa Media who founded the full service agency in 2012, confirmed today Red Engine was continuing to trade.

The firm is reviewing the company’s financial position and options, including a trade sale. Worrells said: "The company’s business has been advertised for sale and the administrator is also in the process of exploring avenues for a Deed of Company Arrangement with the director.”

Staff at Red Engine say the company made an announcement on March 27. "All staff were let go on pay day and informed that the company couldn't make payroll," one told AdNews.

Another said: "We are all gutted and trying to move forward in this crazy time."

The company owes money to its employees and others, according to documents filed with corporate regulator ASIC.

In turn the company, Red Engine Strategy Content Creative Pty Ltd, is also owed money and has some assets, including plant and equipment.

Annual leave, superannuation and redundancy payments totalling $415,450 are owed, including entitlements for 13 staff.

The company also has bills and loans outstanding totalling $3.7 million, including $909,360 to the ATO.

It is owned $520,924 from a range of clients and others, including NSW Trains, PepsiCo, Peugeot Citroen Australia, Rest Super, Telstra and Princess Cruises.

The commercials to that deal were not revealed.