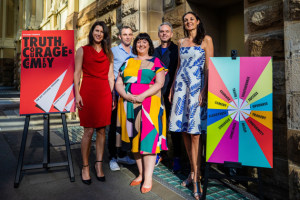 McCann's leadership team has already undergone a shake up following news that former CEO Ben Lilley is taking ownership of the group in Australia.

Pownall had been leading the Melbourne agency since late 2018, when she joined from Publicis Mojo.

Klønhammer, who was the co-founder of the now defunct agency Ugly, had been in the role for one year.

The pair joined the agency together after defecting from DDB where they were both in the same roles.

At the time, Taylor replaced Lilley who departed the role to move overseas with his family to enjoy a “career break” in France.

Last week, McCann Australia announced it would change ownership with Lilley returning after two years apart from the business.

He has re-acquired the agency that he founded 20 years ago, SMART, which McCann acquired in 2011, as well as McCann’s Melbourne, Sydney, Brisbane and Gold Coast operations and its PR business, The Red Republic.

McCann Australia will remain part of the McCann Worldgroup network as an affiliate business partner under independent ownership.