Mat Baxter: Cannes Lions 'eats you and spits you out' 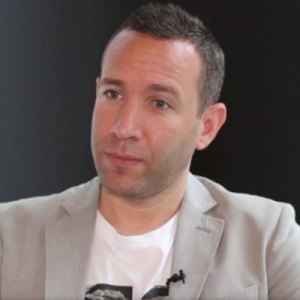 Cannes Lions may have undergone a significant overhaul this year but it hasn't won over Initiative global CEO Mat Baxter, who said the event needs a serious recalibration to return to its former glory.

Speaking to AdNews at the festival of creativity last week, Baxter said Cannes Lions is becoming less important to Initiative and its holding group IPG, which scaled back their presence from 100 people previously to around 40 this year.

"The fatigue has really set in and it's lost the spirit of what it was designed to celebrate. It's not about creativity and it's not about the work," he said.

"The Palais runs as a sub operation that people walk past. I wonder how many of those passes are scanned into the Palais. I reckon it's pretty low – and that's really sad. Cannes should be about the work and it's not. It's about the big marques, lots of money being spent on artists to play at parties. We've lost sight on what it's really about."

While Cannes Lion owner Ascential introduced a slate of changes this year, which included a cap on award entries and initiatives to keep costs down, Baxter said it is still "oppresively expensive".

"I know Cannes Lion addressed it last year, but they haven't gone far enough or changed it as much as it neeeds to change. There are less people here, but I don't feel the tone or the content of the festival has changed in any way. I just think there's less people."

Several Australian attendees on the ground this year, including Baxter, opted not to buy passes this year to attend events in the Palais, instead using the festival to network with partners and clients.

He said executives should be spending less time at the Gutter Bar and more time at the Palais.

"I'm as guilty as anyone. What happen is you get here, you get booked out doing meetings and things you could do back in your market and you don’t get to Palais because the machine just eats you and spits you out," he said.

"To hear what's going on and what some of the biggest marketers in the world are battling with, to hear from Marc Pritchard directly, is really worthwhile. But it's really difficult to that in the way that Cannes Lions is designed because it becomes largely a networking event, and that now supercedes the time in your schedule to go to the Palais.

"The problem is the networking is so strong now and built into the DNA of the festival that it overruns the creativity. It's a wave that spills over the Palais."

Baxter's suggestion is for Cannes Lions to move past the superficial changes and instead make major adjustments to highlight more of what's going on at the Palais and less about the beachfront events and curated lunches.

He added that as much as the responsibility is placed on Cannes Lions, it's also about the attendees to make better use of their time.

Baxter isn't alone in his opinion of Cannes Lions. Backlash has been building around the festival for several years, reaching a peak last year with WPP and Publicis threatening to boycott the festival if it didn't modernise.

As a result, Cannes Lions attendance has dropped as much as 25% this year and entries are down 21%.

Cannes Lions may have its challenges, but Baxter said he doesn't see the value in pulling out all together, and said it's "absolutely essential" to be able to compare your position to others' globally.

"The notion of an Oscars for the industry that recognises the best work in the world is absolutely essential. It's a healthy thing to judge yourself beyond your own country peer set and get inspiration from other people who are doing great work," he said.

"The notion of it is good. It's the execution that has got a little off the rails because it isn’t really about the work, and that’s a shame."