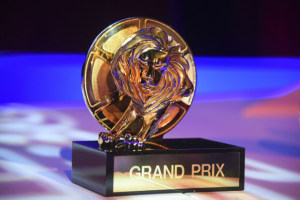 Cannes Lions attendance has dropped as much as 25% as the festival of creativity has failed to lure back the industry.

According to figures acquired by Adweek, both unpaid and paid passes have dropped considerably. Cannes Lions parent company said the figures drop is "closer to 10%" but wouldn't confirm specific numbers.

The Publicis ban is likely to have had a small impact on attendance, but many agency leaders told AdNews it seems like a much smaller Cannes Lions this year.

Almost every Australian agency has scaled back their presence this year, with few WPP execs on the ground and IPG halving the number of people they sent this year.

Speaking to AdNews, Initiative global CEO Mat Baxter said he didn’t feel the changes introduced last year, which reduced categories and prices at the festival, has done enough to get the festival back on track.

“Cannes Lions is getting less and less important,” he said.

“The fatigue has really set in and it’s lost the sprit of what it was designed to celebrate. It’s not about creativity or the work. The Palais runs as a sub operation that people walk past.”

Other execs AdNews spoke to at Cannes Lions mirrored Baxter’s thoughts, complaining it was too expensive and the content slate was disappointing.

TBWA global CEO Troy Ruhanen said he thought this year's festival was an improvement but that it still needs to modernise.

"They've made certainly a move in the right direction with simplification," he said.

"They lost focus about what this festival was really about, which was around the work and what really drove great work. And also, quite frankly, better presentations on the main stage as well. It got too celebrity focused. It got way over the top."

Several Australian attendees on the ground opted not to buy passes this year to attend events in the Palais, instead using the festival to network with partners and clients.

Cannes Lions owner Ascential said it expected a drop this year due to Publicis’ decision not to enter any work. However, it was recently revealed that nearly 400 entries from Publicis were submitted via production companies and clients.