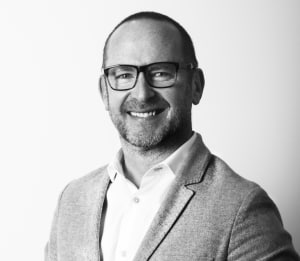 M&C Saatchi Melbourne managing director Andy Cairns is the first to admit that prior to him joining 12 months ago, the agency had experienced a “tough time” with a series of leadership changes and a flat culture.

Cairns, who joined M&C Melbourne after stints at UK agencies Havas and BBH and a year-long sabattical that landed him on a beach in Sardinia, had his work cut out for him.

Challenged with rebooting the agency when Lexus, a long-time client of M&C Saatchi, migrated from Sydney to Melbourne, he also replaced David Dahan who had been in the role for a mere two years before exiting last February.

Cairns got the call from M&C boss Jaimes Leggett after being sounded out by Hourigan head-hunter Karen Taylor. CEO Leggett outlined a few expectations: successfully move Lexus into Melbourne, zero client attrition and create two pieces of work that he’d be proud to show friends in the UK.

Cairns says the Melbourne team has exceeded Leggett’s expectations. With the recent appointment of head of strategy Jill Manester and ECD Emma Hill the key “driving force” behind the agency’s turbocharged ascent.

Cairns reflects, “I’ve been Mr Fix it in a few agencies and I didn’t want to play that role anymore. I knew I wanted to be in a situation where something wasn’t fundamentally broken, but I had an opportunity to make a difference.”

Over the last year, the agency has picked up the creative for Dan Murphy’s, stemming from M&C Saatchi’s relationship with Woolworths, has won the Cricket Australia creative and teamed up with Bohemia to bag Plush Sofas.

“It sounds immodest, but I’m really proud of how hard everyone has worked to achieve what we have in such a short space of time,” he said.

Cairns said the first revelation he had when joining was that he needed to take the Melbourne office from “Sleepy Hollows to Wolf of Wall Street”.

“That analogy is probably far too extreme, but I wanted more camaraderie and energy within the agency environment, rather than people wandering in at 9:30am and drifting out at 4:30pm,” he said.

“Maurice Saatchi used to talk about M&C Saatchi being the most sough-after agency brand and that’s still true. I want to be sought-after by clients and feared by other agencies. I want other agencies to see us on a pitch list and be checking their backs.”

While Cairns admitted the office has benefited from the tailwind of Lexus coming into the agency, in terms of the agency’s growth in size and revenue, it does not wish to be  known as *the*  Lexus agency.

But after a period of growth, in which the agency hired ex-Clemenger creative Russel Fox and The Monkeys’ Siobhan Fitzgerald, he's focus has now turned to bedding down the team of 40.

“In the last year we’ve been characterised by building, restructuring and bringing the right people into the shop. We’re building the muscle right now but next year we’ll be focused on consolidating and settling. We don’t want to jeopardise the clients we have by growing too quickly,” he said.

“I want to look back at the end of the year and not have a smug smile on my face because the job is done, but I’ll want to know we’re ahead of where I thought we’d be. We have the building blocks in place and we’ll continue to build the agency that we want.”