M&C Saatchi Melbourne poach creatives from Clemenger and The Monkeys 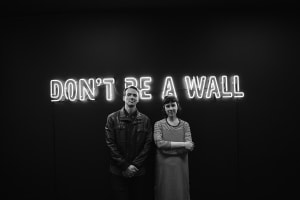 Fitzgerald moves across from The Monkeys where she has worked as a creative for the last four years. Prior to that, she worked at Holler Sydney, Ogilvy and Jack Watts Currie for clients including Heineken, Audi, Coke, Air Wick, St George Bank, Huggies and Blackmores.

Fox joins the agency from Clemenger BBDO Melbourne where he was art director. He was previously at BBDO New York and has worked on clients including Mars, NAB, Starbucks, New York Tourism, Corona, BCF, CUB, City of Melbourne and TAC.

M&C Saatchi has been slowly ramping up in the Melbourne market, hiring Andy Cairns as managing director in November last year.

M&C Saatchi Melbourne ECD Emma Robbins says their appointment is a symbol of a "new beginning" for the agency.

"Russel and Siobhan are exceptional humans and exceptional creatives. As new creative leaders, we're really looking forward to watching how they think, nurture ideas and creative talent," she says.

"It's a move that sets an example for agencies wanting to even out the gender gap in senior creative positions," she says.