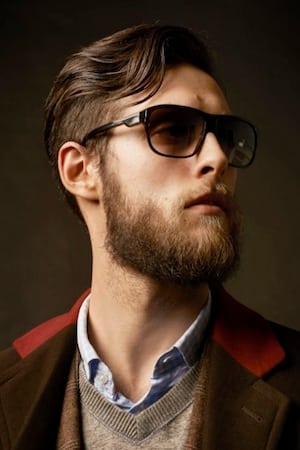 It’s the most wonderful time of the year.

No, not Christmas (as wonderful as it is), but the wonderful time when agencies, companies, journos and let’s face it, any old pundit takes a shot at some crystal ball gazing; as if next year will be the one when the future finally does arrive.

JWT has this week entered the predictions fray for a second year in a row, publishing a lengthy and detailed account of the trends marketers and agency workers should be on top of.

Some of the trends and predictions highlighted are genuinely incredible, even if they have flashed over your radar already. Hyperloop, for example, promises to revolutionise our lives – a superfast public infrastructure project which will see people and cargo travel in large vacuum tubes at speeds up to 750 mph.

Some predictions, however, come over like it is 1968 all over again and someone has just discovered that women grow hair. JWT brings into focus something it calls “Un-tabooing Womanhood” where “menstruation, leg and underarm hair, underwear hygiene, and various other previously taboo aspects of femininity are being unearthed and brought to the forefront by fourth-wave feminism.”

Putting fast trains and a downturn in sales for hair removal cream to one side, the report does explore some interesting trends which may inform marketing decisions over the next 12 months.

Chief among those says JWT is “neuromarketing” which it readily admits has been a buzzword in agency world for some time. However, the authors claim it is “finally moving into the realm of serious science and real applications” citing a report in the September 2015 edition of the journal Social Cognitive and Affective Neuroscience which showed researchers could accurately predict the large-scale outcomes of an anti-smoking campaign by measuring brain responses.

It also namechecks AdNews (thanks for the shout out):

“New York-based firm Neuro-Insight has partnered with AdNews to study how the brain responds to nominated ads using a technique called steady-state topography.”

Native content also gets a mention, brought on of course by the adblocking software made avaialable by Apple on its iOS mobile operating system.

JWT points to the New York Times expanding its content shop (T Brand Studio) and moves by Vice Media to wrap native content into a new suite of TV channels as evidence of its continued growth and power. “It’s time for agencies to take the truism “content is king” seriously,” the report warns.

Meanwhile, it what may come as something of a relief, JWT predicts a rise in anti-authenticity marketing: a backlash against anything which promotes itself with mentions of words such as ‘artisanal’. Hipsters, take note.

Words such as artisanal “have lost all sense of meaning, value, truth and descriptive weight,” says Martin Raymond, editor-in-chief at London-based consultancy The Future Laboratory, which elaborated on anti-authenticity marketing at a recent trend briefing event in London. “We no longer believe that artisanal means what it says—recently I was privileged to use ‘artisanal’ toilet paper - nor do we trust the stories, claims or narratives behind them. How, for example, can a large multinational mass-produce artisanal ice cream?”

Elsewhere, JWT elaborates on the influence of Muslims on marketing and fashion, pointing to H&M’s use of hijab-wearing model Mariah Idrissi in one of this year’s adverts as emblematic of a shift in the way Islam is portrayed in mainstream marketing, entertainment and society.

Did you miss the AdNews and Neuro Insight pieces? Catch them here: