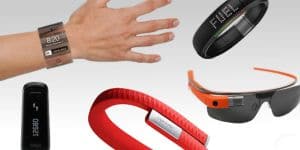 Increased awareness of consumer rights and the migration of digital opportunities into the brick and mortar retail space will be at the forefront of consumer trends in Australasia next year, according to Mintel.

A new paper from the research company highlights four key trends which will apparently dominate consumer behaviour in Australasia through 2015: customer rights and activism; healthy eating and food retailing; the switch to wearable technologies (or the merging of the physical and virtual worlds) and real-life retail experiences which are integrated with digital opportunities.

Although Mintel fails to cite direct examples from the Australasia region, it suggests that recent consumer campaigns - Brazilians’ fury at the government’s perceived squandering of resources in the name of the World Cup, US boycotts of Russian vodka brand Stolichnaya following the country’s LGBT regulations, and the viral #BringBackOurGirls – highlight a growing awareness of rights and corporate misbehaviour and this will continue to influence customers’ buying decisions.

JWT head of insights Andrew McCowan notes that Mintel’s research certainly “helps to set a context and assist in getting a perspective on where the leading edge is headed,” but his agency “doesn’t use specifics.

“Instead we have to take information like this and see how it applies to the work we’re doing locally. How consumer rights will manifest themselves in Australia is obviously very different to Brazil,” he told AdNews.

The Mintel research also concentrates heavily on the unfolding of digital opportunities in bricks and mortar shopping experiences. It shows that new initiatives such as the roll-out of Coles’ and Woolworths’ click-and-collect services; the trial of refrigerated lockers on consumer routes and Doddle’s parcel delivery service located at railway stations are key indicators flagging an explosion in similar schemes and operations.

Clemenger BBDO Australasia CEO Andy Pontin concurs: “The integration of online/offline retail experience is gathering force. It is proven that retailers that offer both an online and offline shopping experience derive higher value per customer than online only or bricks and mortar only.

“We’ve had great success here with our ‘Shake & Win’ mobile app for Hungry Jack’s, where an in-store sale is being driven by mobile every eight seconds in Australia,” he said.

Pontin believes that this could be the big story of next year: “The bigger story here is the merging of the physical and virtual worlds. There’s something fascinating and scary about co-existing in both worlds simultaneously, and this will be accelerated by wearables such as Google Glass. Are we ready for this? Is society?” he asks.

While society might not yet be ready for the interruption of the virtual in the physical, the Mintel report does put forward some more frivolous and down-to-earth ideas: apparently cauliflower could be next year’s superfood (Kale crops are running low, it seems) and we’ll all be sending texts and tweets which are accompanied by a scent, should the oPhone take off.