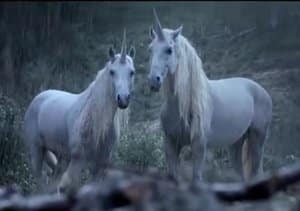 True to form, Canal + takes us on grand adventure of biblical proportions. The long format advertisement recently won a Silver Lion in Film TV and Cinema Film and although when watching the ad it’s easy to see why, we delved deeper into viewers’ subconscious to get a better understanding of the how the brain reacts to the grand tale of Noah’s Ark.

Below is Neuro-Insight’s time series analysis of all viewers’ responses to the Canal+ advertisement. The red trace indicates the level of long-term memory encoding controlled by the left hemisphere where the left hemisphere is primarily responsible for storing the details of experiences including such things as dialogue and text. By contrast, the right hemisphere (blue trace) specializes for global features such as scenery, facial expression as well as music and the emotional dimension of the experience.

In Canal+’s version, we are taken to a mere 15 minutes before the flood, where we see the fabled Ark alive with activity as the animals are being herded aboard. Noah asks the protagonist, “Where are the unicorns?” Looking exasperated, the story’s hero runs out into the forest, now heavily pouring in search of these fabled beasts. As he shouts “Where are you?!, we are shown vision of the impending Armageddon with the comets crashing down onto the Earth. This scene, which is filled with our hero’s desperation is actually one of the most memorable for the viewer, with very high levels of memory encoding occurring (See Figure 1, first highlighted region).

As the story continues, our hero slips the mountain side and lands into a river. He looks up and sees what he has been struggling to find; two majestic unicorns standing directly in front of him. Our hero and his new steeds gallop their way back to the ark and this is where we see another effective moment, with a strong peak in memory encoding (See Figure 1, second highlighted region).

Our hero is now on the Ark with the prized unicorns where he is congratulated by all for a job well done. He sits down, and glances up and in doing so we see a very shocked expression on our hero’s face: we are now confronted with the sight of not see not one, but two pairs of unicorn testicles! The viewer undeniably finds the humour in this scene very memorable as both global and detailed levels of memory encoding are high (See Figure 1, third highlighted region).

As the story cuts back to the present, we see that the hero is also the narrator of this story, who confidently explains to a girl with a unicorn on her shirt “So you see, that’s why there are no more unicorns”. She looks at him sceptically, then breaks into a smile. The camera pans back to our hero, and a freeze frame takes place on what can only be described as “At least I tried” look. A super also appears on screen and now told our hero is actually a screenwriter for Canal+. While this scene is also very effective, (See Figure 1, fourth highlighted region), the really interesting findings come when we see how males and females respond to this particular scene.

For male viewers this is not only memorable, but it also marked by high levels of engagement and a positive emotional state (high emotional intensity, strong levels of approach). We guess that many of the male viewers have been in a similar situation; they have all been out on the town where they may have been very liberal with the truth in pursuit of that attractive girl sitting at the bar (See Figure 2).

For female viewers, this scene elicits a different response; lower levels of memory but high levels of emotional intensity with greater levels of withdraw, consistent with some slight anxiety brought on by the awkwardness of the whole situation. Maybe, this scene reminded female viewers of the many times that some guy has tried to chat them up with an equally implausible story?

Figure 2: Bar chart of neuro metrics for the 'reveal' 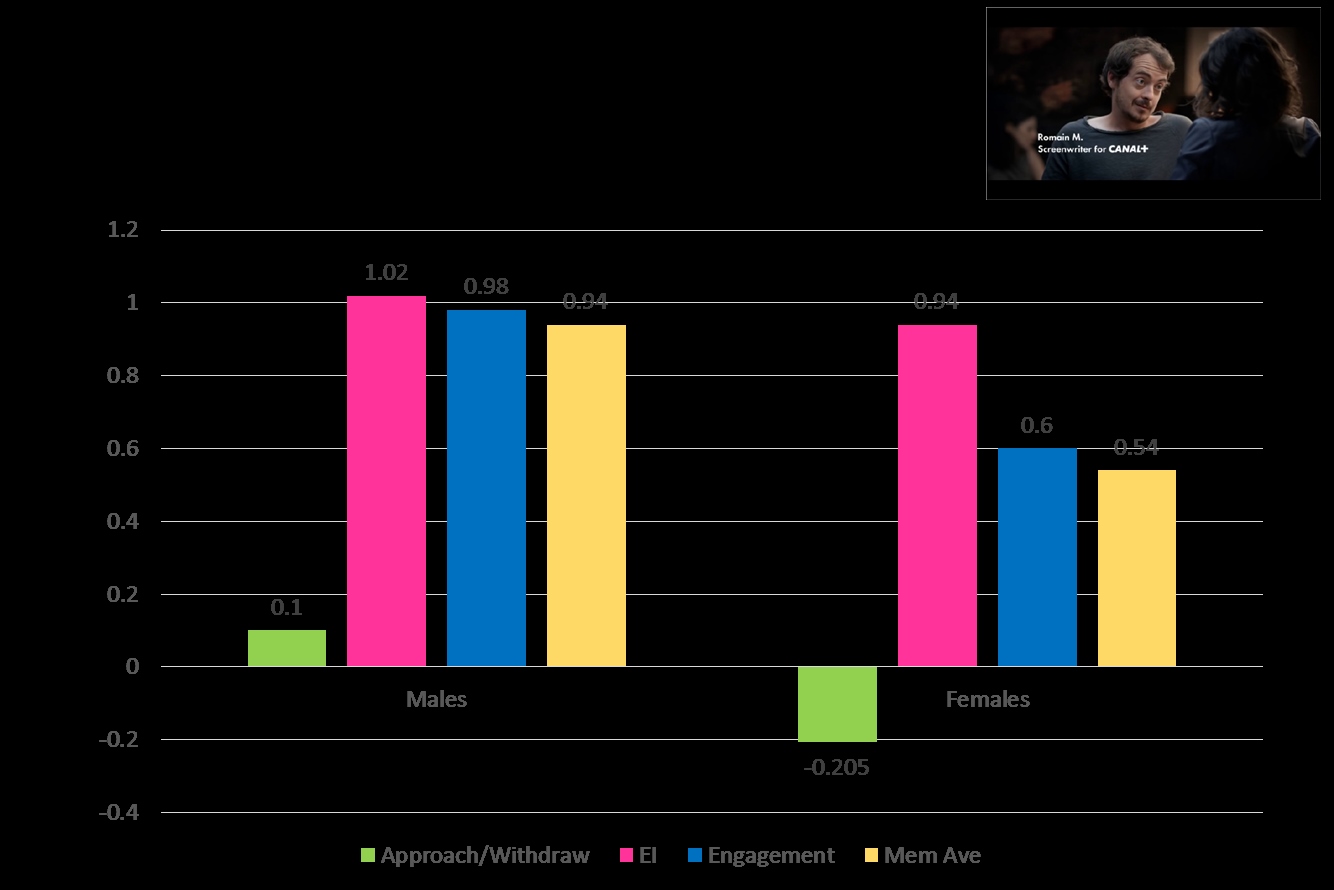 There are a number of different elements that make Canal+ a high effective piece of story-telling. The earlier sections of the narrative which convey messages of desperation and stress drive a very strong emotional response, with viewers empathising with Romain’s plight. Similarly, the later sections of the advertisement, which are filled with humour are also very powerful memory triggers. So, while no success for Romain and the Unicorns, this advertisement is highly engaging with both the narrative and branding well encoded. As such the Cannes award is a well-deserved recognition of this highly creative and entertaining advertisement.