A Neuroscience look into Cannes, Christmas and Companionship
John Lewis and their agency adam&eveDDB certainly have a penchant for making award winning commercials with campaigns like “The long wait”, “Always a woman” & “The bear & Hare” all picking up awards at previous Cannes. This year was no exception, with their latest creation Monty the Penguin winning a Grand Prix in the Film Craft category. The advertisement was shot in a typical John Lewis style; a powerful and emotive story set to a backdrop of a John Lennon cover of Real Love. As is the case with most of the recent John Lewis Christmas campaigns, Monty the Penguin certainly tugs at the heart strings but how does the brain respond to this highly creative and emotive piece? As part of our exclusive series of neuro-analyses of the winning ads at Cannes this year in partnership with Neuro Insight, we took a look at how viewers' brains respond to the ads.
How we do it?
To investigate this, Neuro-Insight measured brain activity to see how 50 females and 50 males respond to the ad. The specific technology used by Neuro-Insight is founded in work originally developed for academic and neuroscience research, and has been used to analyse the effectiveness of Cannes award winners for over three years. The technology allows us to simultaneously record viewer’s second-by-second changes in approach (like)/withdraw (dislike), emotional intensity, engagement and memory whilst watching advertisements. The measure Neuro-Insight predominantly focus on based on its strong and highly researched link in influencing consumer behaviours is Long-term Memory Encoding. This measure reveals what the brain is storing (or encoding) into conscious and unconscious long-term memory. Neuro-Insight’s Memory Encoding graph reveals how elements of the ad are stored in long-term memory. The higher the graph, the more strongly that moment in the ad is stored in memory and the more likely it will influence consumer behaviour.

John Lewis continues the theme found in previous Christmas campaigns (giving someone you love that special gift for Christmas) and evolves it by adding in a human story into the narrative. We are told the story of a small boy and his friend Monty the penguin, who are inseparable as they both live their lives. Over the course of this narrative, we become aware that Monty is fact quite lonely, something which is evident by Monty fixation on couples that he sees while he is out. After watching the Monty the Penguin there is no denying that this advertisement is very effective at creating an emotional response but it important to consider what specific elements within the creative are contributing to its effectiveness. To do this, we looked at how male and female viewers responded to the creative. The time series for both male and female viewers are shown below.


By viewing the time series for both genders the first thing that becomes apparent is that memory encoding response for male viewers was much greater than female viewers. In fact, the overall response was for males was 23% greater than for female viewers. A potential reason for this may come from making a comparison between the average levels of Approach/Withdraw in both groups. Males in general, display a more positive or approach response, which is broadly consistent with ‘like’. In contrast, female viewers show a negative or withdraw response which when taking the theme of the narrative into account is consistent with ‘sadness’. When viewing the advertisement, this notion is not far-fetched, as there are elements present in the creative which are clearly designed to elicit sadness. The overall theme of Monty the penguin as a friend may suggest an imaginary friend to compensate for a lack of real friends. Furthermore, the withdraw response in females is largest at scenes depicting Monty’s loneliness with the overall effect being amplified by soundtrack. For female viewers, these scenes are consistently associated with levels of withdraw and lower levels of memory encoding. In contrast, male viewers respond to these sad scenes more positively, with both more approach and higher levels of memory encoding. This difference between the two groups suggests that female viewers are more sensitive to the poignant theme of loneliness than are the male viewers, which in turn results in lower levels of memory encoding in the females. 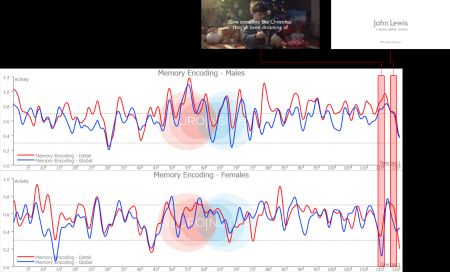 Figure 1: Comparison of branded moments in male and female viewers

In terms of advertising effectiveness, the key message “Give someone the Christmas they’ve been dreaming of” further illustrates differences between male and female viewers. The scene occurs after the viewer is made aware that Monty was an imaginary friend and was strongly encoded in male viewers. In contrast, this scene falls into a period of conceptual closure with female viewers which reduces the overall its overall effectiveness of this specific execution. This effect may be a continuation of the sadder response experienced by female viewers whereby this new revelation further adds to the sadness of the overarching loneliness theme. With regards to final branding, the John Lewis end frame is strongly encoded in both groups, but the overall effectiveness is compromised by a significant level of conceptual closure in both groups.
In summary, our data suggests that this particular execution is particularly effective with males and less so with females. Male viewers respond more positively to the narrative which is carried into key message and final branding. By contrast, the withdraw state consistent with a sense of sadness is more apparent in the females and this in conjunction with the lower level of long-term memory encoding during final branding suggests that this particular execution is more effective with the males.

Check out the rest of the series of neruo-analyses:

BETC's work for Canal + explaining why there are no unicorns