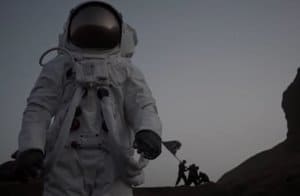 Leica was one of the big winners at Cannes this year winning a Film Lions Grand Prix for the “100" via La Vida Leica short film. The two minute advertisement, which was made in celebration of Leica’s 100 year centennial, takes the viewer through a reinterpretation of the 20th century most iconic and powerful images. As a continuation of our exclusive neuro series in partnership with Neuro-Insight, we look at how the brain responses to the nostalgia and rawness of these recreations.

Here in F/Nazca Saatchi & Saatchi’s vision we see history played out through the eyes of the photographer, where these recreations are seamlessly blended from one to the next. The addition of the haunting soundtrack, the muted tones and the undeniable confronting nature of these images leaves you with a plethora of different emotions, from a sense of happiness and joy all the way to despair and horror.

In many ways the emotions that are elicited by this short are the very emotions that photographers strive to achieve when they set out to capture a snapshot of time. But given this advertisement certainly demonstrates a great deal of creativity, and certainly elicits powerful emotions what response does this ultimately have on the brain?

To examine this question, Neuro-Insight measured brain activity to see how viewers responded to the ad. The most important measure here is long-term memory encoding or what goes into conscious and unconscious memory storage. In addition we also looked at what elements contributed to an emotional response.

How we do it?
To investigate this, Neuro-Insight measured brain activity to see how 50 females and 50 males respond to the ad. The specific technology used by Neuro-Insight is founded in work originally developed for academic and neuroscience research, and has been used to analyse the effectiveness of Cannes award winners for over three years. The technology allows us to simultaneously record viewer’s second-by-second changes in approach (like)/withdraw (dislike), emotional intensity, engagement and memory whilst watching advertisements.

The measure Neuro-Insight predominantly focus on based on its strong and highly researched link in influencing consumer behaviours is Long-term Memory Encoding. This measure reveals what the brain is storing (or encoding) into conscious and unconscious long-term memory. Neuro-Insight’s Memory Encoding graph reveals how elements of the ad are stored in long-term memory. The higher the graph, the more strongly that moment in the ad is stored in memory and the more likely it will influence consumer behaviour.

We were able to see, to feel, to smell, thousands of moments.

Given that the main aim of this short was to demonstrate the emotive power that photography can bring us, we focussed on our Emotional Intensity measure to identify what imagery drove the strongest levels of emotion. The metric reflects the overall strength of the emotional response, regardless of whether that emotion is positive or negative. The higher the graph, the stronger the emotion is.

Immediately, when looking at the Emotional Intensity time series we can see that overall level of emotion elicited by the short is very high. In fact the overall level of this emotion is so strong that it places “100" via La Vida Leica in the top 1% of over 5000 advertising studies on the Neuro-Insight database. The triumvirate of the visuals, voice-over and soundtrack work in unison to lift the tide of emotion, with many of the recreated images contributing to this response.

In addition to driving a very strong emotion response, some of these scenes, inspired by some of history’s greatest captured moments were also strongly encoded in long-term memory. From the astonishment of Buzz Aldrin walking on the moon, to the happiness of a young boy carrying bottles of wine on Rue Mouffetard, to the elation of a kiss on V-J Day and finally to the horror felt on seeing the infamous execution of a Viet Cong prisoner. These moments are exemplars as to how the right photo can really move us. In terms of advertising effectiveness, we always look to memory encoding at times of branding, as this is a key indicator of future marketplace behaviour. With this in mind, there are strong levels of memory at the final branding screens, but importantly there are numerous instances during the narrative where Leica is explicitly mentioned and many of these moments are also strongly encoded into memory.

There is no denying that there is something profoundly moving about the 100" via La Vida Leica advertisement and this is reflected in the high levels of Emotional Intensity as well the high levels of long-term memory encoding for certain scenes. Perhaps the success of this campaign will not be measured in terms of sales, but rather the intuitive feeling that Leica is the only camera to consider at times of profound and iconic significance.