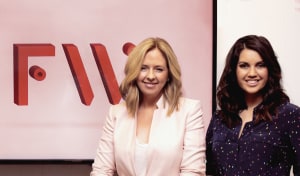 Rizvi worked at Mamamia between 2012-2015 before quietly exiting the company and later resurfacing as a columnist at News Corp’s news.com.au and Kidspot.com.au.

In her part-time role as editor-in-chief, Rizvi will host Future Women’s regular podcast and be involved in speaking and curating events in Melbourne.

Speaking to AdNews, Rizvi says she will also provide “strategic guidance” to the Future Women’s leadership team, drawing from her experience at Mamamia, where she played a pivotal role in growing the female-focused site from a startup.

Unlike a majority of women’s media brands, Future Women will place its content behind a paywall and place the topic of gender equality at its core.

"I love the idea of a media brand that’s unashamedly about gender quality, not a side product at the core of the business," Rizvi says.

“Future Women ticks a lot of boxes for me. They are trying to do something exciting and quite new in terms of combining a digital media platform, a podcast and also having an events element.

“It’s a different position to what’s out there, especially with the subscription model that targets both employers and employees.”

With Bauer, News Corp and Yahoo7 all launching into the women’s media space in the last 18 months, Rizvi is confident Future Women’s can cut through, with its subscription offering a selling point.

“I think we are at a point where free media, particularly in the digital space, there’s such saturation with stories being recycled, from the same perspective, which starts to feel a bit cheap and easy,” she says, adding that there is a demand for quality content, even if it’s a pay wall.

Another unique element of Future Women is an internal offering it calls the FW Academy, which is a business targeted at Australian organisations which require consultants on diversity issues, unconscious bias, leadership and work flexibility.

“There are a lot of large employers that want to do better in the gender equality space and that’s what FW Academy is made for,” Rizvi says.

Nine’s director of digital content Helen McCabe says she couldn’t think of anyone more suited to the new role than Rizvi.

“Jamila is a young leader in this field. She is very knowledgeable about the space and has been a passionate advocate both for equality and for women," McCabe says.

In March, Future Women announced its first editorial appointments, with Emily Brooks joining as launch editor and Danielle Pinkus as content director and editor of the Future Women digital magazine.

Patti Andrews has also been appointed as creative director, while Angela Ledgerwood will work as a New York correspondent.

Future Women will launch in coming months, while FW Academy will launch towards the end of 2018.