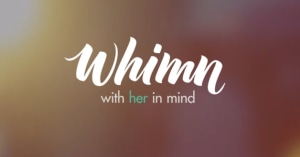 News Corp is to launch a digital network to provide more meaningful and relevant content to women. Called With Her in Mind Network (WHIMN.com.au), the portal combines News Corp's female skewed content in one place.

“You only have to look at the type of women that are in the news to see it’s an empowering time for women – Hillary Clinton, Amy Schumer, Emma Watson and women’s sport making headlines – but content hasn’t caught up yet.”

Overman was speaking to AdNews about News Corp’s new digital women’s network, unveiled today as Whimn.com.au – With Her in Mind Network.

The plans for the network were announced earlier this year, by News Corp’s digital business, News DNA. The platform joins the digital offerings of female-skewed brands, including Kidspot, Taste.com.au, Body and Soul, Primped, Vogue and news.com.au.

It is set to launch in January next year. 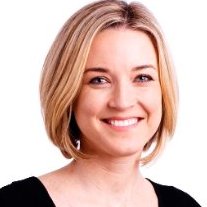 With nearly 15 years’ experience in women’s media, Overman has identified the shift in what women demand from content, also backed up by social media data. She began her career Cleo and Dolly before making the transition into more digital roles at She Said and News.com.au.

“Women are in a different place to what the content in the local market is delivering… This market may appear cluttered, but there’s actually a gap for a more premium content that doesn’t devalue women,” Overman says.

“For so long, people have thought women’s content is gossip and meaningless. But what we saw from our research in social media is that women are now having engaging conversations really different to what the local market is offering.

“Women these days want content that is valuable and honest and at the moment they are getting that from international brands. There’s a real gap to get that global favour.”

The move is similar to strategies put in play by Bauer and Nine this year, aggregating content from different brands into a single platform to target women.

While digital women’s media is an increasingly competitive market, Overman says the difference with Whimn is that content will be housed on a completely new platform, rather than an aggregation of existing platforms.

"Whimn.com.au is a new site that is completely digitally led with a dedicated team producing new and unique content 'with her in mind'. We're also in a wonderful position that the News DNA network of leading female focused brands produce content in areas such as parenting, food and style, which we may highlight on whimn.com.au if we feel it's relevant for the audience," she says.

Video will play a big role on the new site, with a “digital-first video strategy” being putting in place for both content and native advertising.

Another key focus for WHIMN will be personalisation through data, with Overman adding: “The future is all about an audience of one”.