Jaimes Leggett and Jason Dooris compete for CEO of the Year 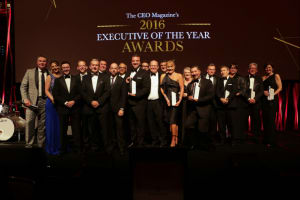 The CEO Magazine has revealed the finalists for its 2017 Executive of the Year Awards, with adland's M&C Saatchi boss Jaimes Leggett and Atomic 212's leader Jason Dooris competing for CEO of the Year.

Leggett is also nominated for the Media Executive of the Year Award alongside Leo Burnett's Pete Bosilkovski and MediaCom Australia CEO Sean Seamer.

An expert panel of business professionals will now be faced with the challenge of filtering through all the finalists to agree on one winner for each of the 23 categories.

The 2017 winners will be announced at a glittering black-tie event at Crown Melbourne on Wednesday 15 November, with media personality Eddie McGuire to once again MC the event.

Bosilkovski says: "It is an honour to have been named a finalist in The CEO Magazine's highly respected Executive of the Year Awards. Whilst I'm over the moon to be named a finalist, I recognise its not a solo sport. Our success in transforming our company into a progressive innovative creative solutions company could not be achieved without the drive and passion of my amazing team at Leo Burnett and the support of my brilliant client partners. I am exceptionally proud of our entire team for all that we have achieved as a business."

The prestigious business awards event will be held at Crown Melbourne on 15 November, hosted by Eddie McGuire who has MC'd the event since the inaugural awards in 2012.