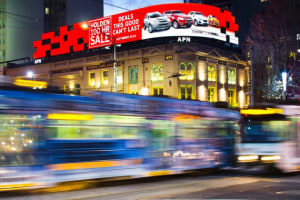 APN Outdoor has confirmed its CEO Richard Herring will depart the company in September.

News of his retirement was first revealed by The Australian.

The move comes just a few months after APN Outdoor and Ooh!Media’s failed merger, which, had it been successful, would’ve meant the stepping down of Herring as CEO and would've see Ooh!’s Brendon Cook become CEO of the joint company.

Herring’s position at APN Outdoor had remained unclear since the merger was scrapped.

APN Outdoor chairman Doug Flynn says: “We sincerely thank Richard for his commitment and significant contribution over the past 22 years with APN Outdoor, and in particular the strong leadership he has provided as CEO over the last 13 years.

According to The Australian, the move was confirmed by DataRoom when APN Outdoor hired a recruitment firm to find his replacement.

AdNews recently spoke to Herring about the potential viewability crisis happening in outdoor advertising, find out his thoughts on the issue here.

It is yet to be confirmed whether Herring will remain as a board member at the Outdoor Media Association.