Littlefield and Dooris take out top honours at CEO Awards 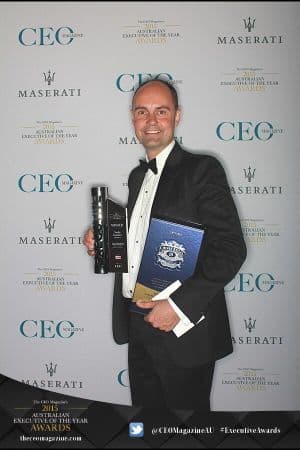 The pair from rival sides of the media fence, were the only two people from adland to take out awards last night, with Littlefield taking media executive of the year, beating out Leo Burnett's CEO Pete Bosilkovski, CEO of M&C Saatchi Jaimes Leggett and Atomic 212 chair Barry O’Brien to take out the honour.

Dooris took home the award for runner-up CEO of the year, with Christine Holgate CEO of Blackmores taking out the top gong. He told AdNews: “It was great to be named runner-up – there was no way I was going to win as Christine has done a phenomenal job.”

“It's been a tough year for media, so it's great to see media CEOs recognised,” Dooris added.

CEO and founder of the CEO Magazine Chris Dutton, said: “The superb business acumen displayed by applicants across all categories is truly inspiring. The winners across all categories are individuals who are working to build the Australian economy. They share those defining attributes of leadership, innovation, and the courage to take risks, and have also shown that they are willing to drive strategic change.”