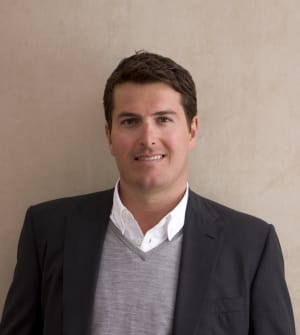 M&C Saatchi CEO Jaimes Leggett has taken up the mantle as chairman of the Communications Council, following the departure of former Droga5 CEO Sudeep Gohil.

Leggett will take on the role until the Annual General Meeting of the Comms Council in May next year, at which time a formal process of appointing a chairman will commence.

He takes up the role from Gohil, who held the position for two and a half years until Droga5 closed its doors last month. During his time in the role, Gohil was instrumental in striking an agreement with the Institute of Practitioners in Adversing (IPA) in the UK to bring its Continuous Professional Development (CPD) courses to Australia, and in commissioning gender diversity research into the Australian advertising industry.

Speaking to AdNews, Leggett said he will continue to drive the main aim of the industry body, which is to promote the value of agencies and rise professional standards across the industry, in a disrupted landscape.

“The world is changing and every business in every market is being disrupted,” Leggett said.

“The job of today's CEO is not to simply navigate the day to day of their business, it's actually to drive transformation and our remit as agencies is changing massively as a result.

“No longer are we just providing ad formats, we are partnering with businesses to help drive change by developing products services and utilities.”

As a result, Leggett said he has three focuses on his agenda until the AGM, starting with a landmark study in partnership with Deloitte into the value that agencies deliver to the economy. It is slated for release in February next year.

Leggett said the study is particularly pertinent as Australia moves away from being a commodity reliant economy to one more hinged on professional services.

Another highlight on his agenda is CPD, which Leggett said the industry will hear more about in the next six months.

“In a world where disruption is rife - where CEOs are having to drive transformation and agencies are providing support for their transformation journeys - the skill sets of the people who exist within agencies is having to change,” Leggett said.

“We're requiring more from our agency people than ever before which is why the CPD point is so important. Agencies have to be investing in their people to give them the skills to do the job of the future.”

Leggett also said commercial creativity will be a focus of the next six months.

“There is a whole drive towards effectiveness and putting some sort of quantifiable metrics around the impact that advertising has for clients,” Leggett said. “Showing that better creative results in better performance.”

“Jaimes has also played an integral role in strengthening our relationship with the IPA to date, having experienced the value of the IPA continuous professional development program in the UK first-hand, and will be well positioned to aid the IPA program roll out in Australia from January,” Hale said.