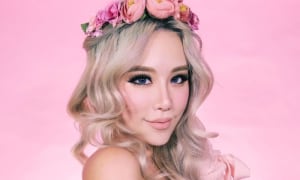 Singaporean influencer XiaXue stars in a video where she provides ISIS members with make-up tips.

Alarm bells should be ringing for advertisers as a popular Asian influencer, who last year felt it was appropriate to recreate an Isis-themed make-up tutorial, says advertisers shouldn’t be so concerned about where their ads are placed, and should expect controversy from the likes of YouTube star Logan Paul.

Singapore's Wendy Cheng, better known as XiaXue, said Paul's infamous suicide forest video, which led to YouTube pulling ads from his channel for several weeks, is "not much of a big of a deal" for advertisers.

“I feel that advertisers were too nitpicky about this,” Cheng said at the Speaking at Socialbakers Engage Bali event last week.

“If I see a Coca-Cola ad before a Logan Paul suicide forest video, I’m not going to think that Coca-Cola endorses suicide…I don’t think that’s negative for the brand.

“If you’re an advertiser on YouTube you never know whose video your ads are going to appear and that’s the risk you have to take.”

Cheng's comments are likely to raise further alarm bells for advertisers about the brand safety of user-generated media platforms.

In the past year YouTube has come under pressure for allowing ads to run alongside a series of inappropriate videos uploaded by white supremacists, terrorist sympathisers and content involving minors. AdNews has found ads running alongside a shocking video of a man being burnt alive in Indonesia, while YouTube stars PewDiePie and Logan Paul have been reprimanded for putting up videos that mock Jews and suicide. 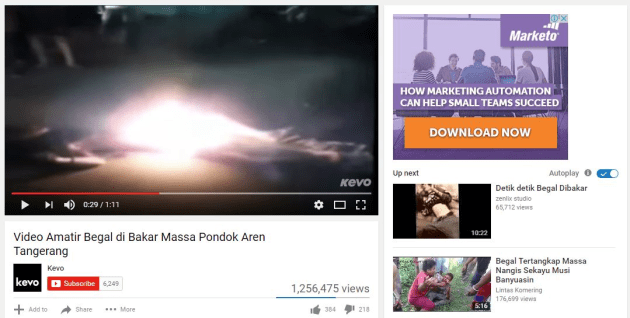 Last year, she posted a video called 'Gorgeous terrorist make-up so hot right now', where she transformed into a male member of Isis and provided make-up tips, such as drawing on thick eyebrows and a heavy beard. The video has been watched more than 100,000 times.

While applying her make-up, Cheng suggests if you don’t have a light face powder, you can just “use cocaine”.

Although the YouTube video does not carry advertising, Cheng frequently works with major brands such as L’Oreal and Disney.

The influencer has also come under fire for a blog that suggested it was completely unreasonable only disabled people should used disabled facilities, which cost her two sponsors, and another blog that criticised a Chinese product she had just severed ties with.

Remarkably, Cheng suggests that brands can actually benefit by being associated with controversial videos, including animal cruelty.

“At the end of the day if the influencer does something really shameful, for example, if someone is advertising with me and tomorrow I am killing kittens... The brand would come out and say 'it was a mistake to advertise with her and we don't associate with killing kittens'. Not only do they they get clean of that the killing kittens issue but they also get publicity for that. All the newscycles would be covering X being dropped by X brand," she said.

“So I don’t think it’s bad news for the brand. It’s almost like a different kind of marketing.”

Although Cheng's views should not be interpreted as representative of the whole influencer sector, it raises serious concerns about the suitability of self-made internet sensations as brand ambassadors, and how rigorously major brands vet these people prior to working with them up.

*This story has been updated.