HuffPost Australia to be revived as Oath officially launches 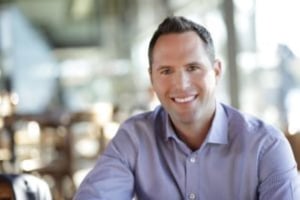 A year after HuffPost split from Fairfax and scaled backed dramatically in this market, Verizon's Oath will revive the news brand as it officially launches as a sole entity in Australia.

The launch of Oath comes nine months after the Yahoo7 and Seven West Media joint venture came to an end, resulting in the departure of CEO Ed Harrison and several redundancies.

Sigaloff, who was previously the chief revenue officer of Yahoo7, admitted the joint venture had "run its natural course" and said titles like HuffPost will benefit from Oath now having full control.

"There are absolutely new brands like TechCrunch, Huffington Post and Engadget that we believe have enormous opportunity within this market and an appetite from the consumer base," Sigaloff said.

"Even brands like Huffington Post, that was in the joint-venture, when Oath was formed, we had the view that Oath wants to have full control of your assets. Despite the local market, the lack of focus on HuffPost, it's still got over 1.2 million linear consumers per month that love it and come back to the brand again and again."

"There's an engaged community and when you start to invest in local content creation and marketing, that's a pretty healthy base. Overlay that with Yahoo News and the 24 hour news room that enables you to break and demistify the news as quickly as possible, that's a compelling offering for consumers."

HuffPost previously operated as a joint-venture with Fairfax which came to an end in November 2017, resulting in most of its staff made redundant.

The news that HuffPost would scale back in this market aligned with a wider crash in the digital media space, with BuzzFeed, Vice and Mashable all experiencing redundancies and missing their financial forecasts.

Despite the challenges international brands have faced in this market, Sigaloff is confident Oath's scale, as well as its technology capability within its ad platforms, which combines the assets of Yahoo Gemini, BrightRoll and ONE by AOL, will see the brand thrive once again.

He said HuffPost will work in tandem with Yahoo News as part of Oath's news offering. It is also focusing on the verticals of finance, through a significant investment in Yahoo Finance, sport and lifestyle.

"There are global brands that have existed locally and there is an appetite, and certainly within the house of brands we have to play with, what we've done is identify some that we are investing in straight away and then in time, there will be a whole road map," Sigaloff said, hinting at further announcements to come.

Sigaloff said the company now turns its focus on the revamp of the Yahoo website, as the Seven News brand is transition out of its portfolio, hosting a range of local and international content from Oath’s other brands. A new homepage, apps and verticals will launch in coming months.