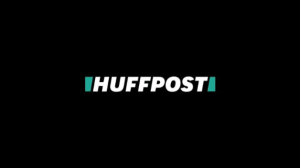 Fairfax and HuffPost have ended their joint venture as HuffPost moves to become a standalone business from 1 December.

Redundancies are expected as HuffPost moves to become a "smaller local team". It currently lists 32 staff on its LinkedIn page.

A spokesperson for HuffPost Australia said: “Employees were briefed today on the decision of HuffPost and Fairfax to bring the Australian joint venture to an end. HuffPost will operate a standalone Australian edition from December 1 with a smaller local team. If redeployment is not possible, regrettably redundancies will occur.”

AdNews understands the decision came solely from HuffPost management, with Fairfax Media making it clear it wanted the joint venture to continue.

AdNews reported last week that Fairfax and HuffPost were in "high-level discussions" about the future of the joint venture, which was established in 2015. Fairfax took a 49% stake in the business.

The discussions about the future of the site have been sparked by changes at the AOL-owned Huffington Post global empire after the departure of co-founder Arianna Huffington last year.

The split comes a year after hiring new CEO JJ Eastwood, who replaced the Chris Janz as he moved to a senior role at Fairfax.

When HuffPost and Fairfax announced their tie-up in 2015, Fairfax CEO Greg Hywood described the partnership as a "match made in heaven".

In November, HuffPost first indicated it was looking to split from Fairfax, forming its own dedicated sales team. Previously it used Fairfax sales staff.