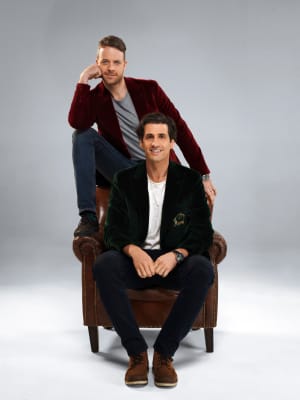 The debut of True Story with Hamish & Andy has made a strong debut for Channel Nine, cracking more than 1.28 million metro viewers last night, according to OzTam overnight ratings.

The half hour show, which premiered in the 7.30pm slot, features regular Australians telling Hamish and Andy a true story about their life. The tale is recreated by some of Australia's top comedians, including Glenn Robbins, Kitty Flanagan, Rob Sitch, Mick Molloy, Kat Stewart and Stephen Curry.

True Story also took the top spot in all key advertising demographics, followed by Seven’s House Rules and Ten’s Have You Been Paying Attention?.

“We are thrilled with the result. It is a testament to Hamish and Andy and their fans,” a Nine spokesperson says.

On Twitter, viewers had a mixed reaction to True Story:

#truestory This is brilliant @hamishandandy

Last year, Here Come the Habibs debuted with 1.25 million viewers but tailed away to under 700,000 by the final episode.