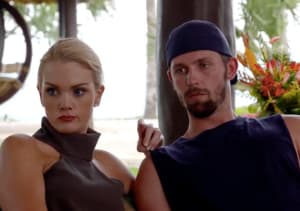 Nine’s The Last Resort has been pulled from its prime time slot of 7.30pm and will only air one day a week.

It will now run on Wednesdays at 9pm instead of Tuesday and Wednesday at 7.30pm after a run of consistently poor ratings since launch.

It has been replaced by an extended episode of The Voice on Tuesday and Britain’s Got Talent on Wednesday at the 7.30pm.

The Last Resort debut in May failed to make the top 20 OzTam ratings list, pulling in an audience of 414,000 metro viewers.

This was less than Ten’s reboot of The Biggest Loser, which attracted 450,000 on its premiere, which later also dropped from prime time.

Set on a tropical island, the show follows five couples who have hit rock bottom and attempts to save their troubled relationships.

Despite the lower than expected results with this show, Nine has seen much ratings success this year with shows such as Married at First Sight and The Voice. See: 'Ad market has responded positively to Married's success' - Nine's Stephenson.

It no doubt placed its bets on the reality couples format, hoping to leverage the same success of Married at First Sight.

Nine Entertainment’s Upfront and Personal Event last year showed four hours of entertainment and announcements at the Star Casino. Did you see it?