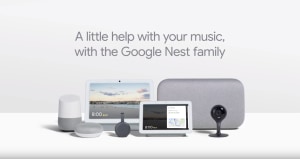 Google has unveiled a campaign via 72andSunny Sydney introducing its new range of Nest products and showing how they offer Aussies a little help around the home.

The campaign highlights examples of where Google’s smart home technology makes life easier at home, freeing people up to focus on the things that matter most to them - including cooking up a storm in the kitchen, listening to your favourite music, keeping an eye on your home when you’re away, and connecting with family and friends.

The integrated and targeted campaign created by 72andSunny and produced by Rabbit, runs across TV, digital, cinema, OOH, print, social and radio for eight weeks.

The campaign taps into YouTube’s highly targeted non-skippable ad formats, meaning that depending on what you are searching for, you will be served the most relevant and useful uses of the product for you.

“We are proud of how the Google, Rabbit and 72andSunny team did a great job of coming together to capture the spirit of Australian homes, and how Google can be helpful in our everyday lives," 72andSunny ECD Johnny Tan says.

This campaign follows recent work from 72andSunny for Kosciuszko Pale Ale and Paspaley that launched in the last couple of weeks, and new partnership announcements including ABC and FitSense.