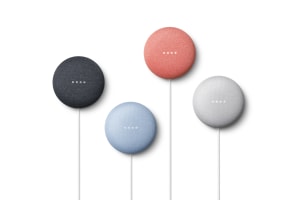 The Australian radio industry has partnered with Google to give listeners easier access to livestream radio on smart speakers.

The agreement between industry body Commercial Radio Australia (CRA) and the tech giant will make more than 300 AM, FM and DAB+ digital radio stations available with simple voice commands across Google Nest devices, including Nest Home and Nest Mini.

CRA has previously partnered with e-commerce giant Amazon, a major smart speaker player, to make it easier to tune into radio stations with voice skills. However, until now the industry body has struggled to iron out a deal with Google.

“The Australian radio industry is delighted to have entered this partnership with Google to ensure our live and local content is easily discoverable and accessible on Google Nest devices,” says Joan Warner, CRA CEO.

”Google Australia has shown an openness and willingness to work closely with us as an industry to ensure consumers have the best radio experience with their voice assisted devices.”

According to findings by Edison Research and Triton Digital, 2.7 million Australians (13%) own a smart speaker.

A recent study by Telsyte shows that Google remains the dominant smart speaker brand with more than 70% of the main smart speakers sold being the Google Home series - now marketed under Google Nest.