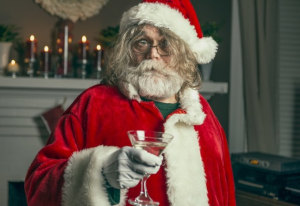 Google’s most senior executive for its news product has dismissed suggestions the platform is guilty of ‘stealing’ advertising dollars from publishers.

“Classified advertising moved to online marketplaces,” he told Peter Fray, the host of the Fourth Estate podcast, at a public event at the University of Technology Sydney (UTS).

“It’s not even called advertising anymore,” he said during the interview.

Gingras: “No, it is not Google’s fault. It would be incorrect in any kind of factual analysis to suggest that is the case.”

He is the head of a $US300 million fund, the Google News initiative to fund projects by news publishers.

However, Fray, former editor-in-chief of The Sydney Morning Herald and current professor at UTS, described Gingras as a good/bad Santa, handing out grants to news publishers but also being accused of stealing advertising money.

Fray: “What do you say when (news) executives say to you: ‘We had a business before and it's all your fault we lost it’?”

Gingras says the vastly profitable newspaper business model started to change after the introduction of television.

“It began to end in the 1990s first with cable television and satellite television, which changed the economies of advertising,” he says.

“Let's understand these core dynamics that occurred. Yes, Google plays a significant role in this environment but the revenue that newspapers gained when they were the internet of their communities did not move to Google. Classified advertising moved to online marketplaces.”

Gingras, the former CEO of the Salon publishing group, denied the company made “a lot of money” from news content.

“There's a presumption underneath all of this that somehow we're making a lot of money off of news content,” he told Fray.

“Now we currently send 24 billion visits each month to news organisations around the world through Google search in Google News, which is valuable traffic in and of itself traffic which publishers used to pay new stands to accommodate distribution of their content.

“If anything is based on the notion that somehow we're making a lot of money off of news publishers’ content on Google is simply incorrect.”

Gingras: “No, because, interestingly, that data specifically in that category isn't terribly helpful. The data that’s helpful is: Are you looking for a refrigerator? There’s no particular data here that’s valuable.”

Google had recently responded to publishers and changed its rating guidelines to give a higher search ranking to original reporting over rewrites of the same material.

The move won’t stop rewrites but Gingras says “our objective is to make sure that those rewrites aren’t surfacing highly.”

Gingras declined to comment on Facebook’s deal with US publishers, including both News Corporation and the New York Times, to feed content to a dedicated news space on the platform called Facebook News.

Unlike Facebook, Google plied its trade on the open web rather than a walled garden, he says.

“I don’t say this to criticise any particular company, just understand what drives them,” he says.

“Facebook, it is a private platform. It is all about engagement in their environment.

“Look at our technologies, again, used by hundreds of thousands of publishers, generating a lot of revenue. None of that would happen if those publishers weren’t successful on the open web.”

The full interview by Peter Fray of Richard Gingras is HERE.