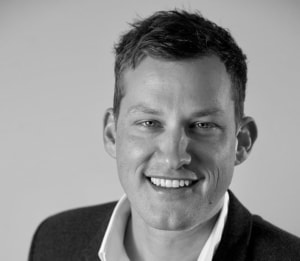 Roeling, who has been national managing partner of Dentsu Mitchell since mid-2015, begins on 13 November and succeeds Greg Brown who left the business last week.

The reshuffle began when Carat's chief investment officer Ashley Earnshaw was promoted to the group equivalent position at Amplifi. Amplifi's head of investment Alex Pekish remains unchanged and both will report in to Roeling.

The move is part of a restructure that combines the network's media investment division, product and partnerships, programmatic (Amnet) and premium entertainment into one centralised support business (The Story Lab). This expanded team will grow Amplifi's headcount from 100 to 300 people.

The aim is for Amplifi to provide these support services to agency and account teams more consistently and holistically across the network.

“This is a significant appointment for Adrian and for the group, giving recognition to his commitment to several transformational projects, including the rebranding of Mitchells, Dentsu Mitchell and the centralisation of our media investment teams into Amplifi,” Dentsu Aegis Network ANZ chief executive Simon Ryan says.

“A highly respected and inclusive leader, Adrian is the perfect person to lead Amplifi through its next phase of growth, ensuring Amplifi continues to deliver value and innovation to our clients through collaboration and partnership with our brands.”

Roeling adds: “I’ve worked in the media industry through some of its most significant transformations and I know there are many more exciting changes to come. There has never been a better time to take up the mantle as President of Amplifi and I am proud to be leading the team responsible for making the most of these opportunities.”

Aside from finding a new leader, Dentsu Mitchell is locked in an important media pitch to retain its largest client, the Federal Government. It recently lost the Victorian Government master media agency contract to MediaCom.