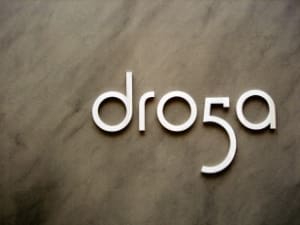 It's been months since Droga5 Sydney closed its doors, with some staff upping sticks and heading to the agency's New York office and its former CEO Sudeep Gohil was certainly quick to launch a startup.

While its US-based Australian founder, David Droga, is now keeping shtum on the matter, just before the agency's work was released for the final time it seems he had some choice words regarding the closure of the shop.

Droga was speaking with Campaign Magazine about the reinvigoration of Droga5 London. Now that the Sydney shop is shut, when asked if he was going to be spending more time in London Droga said that the shops had similarities and differences, adding the agency “gorged itself on our reputation. They won every piece of business they could in the first two years and it killed them”.

Droga announced the Sydney shop was closing in September, saying at the time he saw little value in operating in a market where the agency didn't represent the Droga5 brand.

Before shutting up shop, the agency had a hard 18 months losing major clients such as Woolworths, Qantas, Telstra and Toyota.

The agency was forced to re-evaluate its direction after it was announced that respected ECD Steve Coll was leaving the business for With Collective. Since then, With Collective has been named on the rosters for Qantas, Optus and Virgin Mobile.

Droga also told Campaign Magazine: “Sydney was so artificial, it was insane. It went from three people to 150 people in three years and, in Sydney, that’s like the second- or third-biggest agency. And it didn’t do the work. You can’t live off a reputation. If you do the work, it covers all the cracks.”