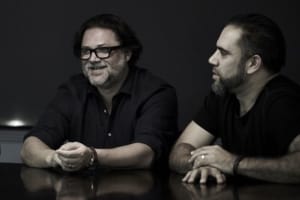 The meteoric rise and fall of Droga5 in Australia has been a persistent speculative bubble in adland for at least 18 months, along with the future of its figurehead and creative chairman David Nobay.

The Australian exodus continued today with Droga5’s widely regarded and high-profile executive creative director Steve Coll exiting the business after just over a year. Coll is yet to reveal his next move but, despite conjecture of having numerous offers from global ad networks, it’s unlikely he will align with the big end of town. He will remain in Australia, after moving here from the UK to lead the creative team at Havas in 2010.

The once booming Droga5 HQ in East Sydney has been decimated – it’s now home to around 35 people after hitting upwards of 130 at its peak two years ago when Woolworths, Telstra, Qantas, Toyota and a host of other blue chip brands flocked to the Australian unit of David Droga’s still rip-roaring New York hot shop. Droga5 New York again featured prominently this year at Cannes, taking out Independent Agency of the year and has been named US Agency of the Year six out of the past nine years.

Australia, however, has been a vastly different story. Under the leadership of founding Australian (and global) partner David Nobay and CEO Sudeep Gohil (he took the CEO reins in 2012 but was also a founding partner of the Australian agency eight years ago), Droga5 has promised much but sustained, retained and produced much less. Woolworths has gone. Qantas gone. Telstra gone. Toyota gone.

Nobay admits the furious momentum of yesteryear tipped the agency and his own disposition from one of “swagger” to “arrogance”.

Nobay says he takes full responsibility. Part of the problem, he says, was being “half pregnant” with Droga5 as he personally pursued a diverse range of creative pursuits ranging from writing screenplays, film scripts, painting, art exhibitions and a book.

He also admits the lethal combination of swagger-to-arrogance, personal creative distractions, the frustration of clients saying one thing and doing another and the inability for his agency to deliver “defining work” sent him an army of dark demons to battle. The market has been all but convinced Nobay was out and he says until three months ago he was too.

But a couple of critical events occurred which snapped his adland funk. One was a come-to-Jesus moment with David Droga, Gohil and others in the global inner circle at Droga5 earlier this year in which they were adamant Nobay was not a spent creative force and beseeched him to get back in the saddle – less his other creative playgrounds.

David Droga, in perhaps a massive surprise to many, today came out swinging behind Nobay.

“Eight years ago I chose Nobby to front my first agency outside of New York,” Droga said. “I did that for a simple reason: I respected his creative and business talent as a world-leader, who shared my ambitions for the company. Eight years later that faith hasn’t shifted. But he needed to be more focused. He now recognises that. And that’s all I need to know.”

Nobay says the same: “After 20 years as an executive creative director in Sydney, New York and London, I was itching to try some things outside the immediate industry. However, what Sudeep, David Droga and I also acknowledged this year is that it’s also impossible to be half-pregnant. The business is moving and changing too quickly to not be across every part of it. You’re either 100% out or 100% in. I chose the latter.”

Nobay acknowledges that the inability for Droga5 to deliver defining work has not stopped others he regards highly in Australia like The Glue Society and Clemenger BBDO’s Ant Keogh from delivering.

“I got to the point where I thought in Australia I can't do the work I want to do,” he says. “I now believe it's because I didn't try hard enough. It's as simple as that. It was always was possible but for me it got too hard."

But there are some people doing the work that I love in Australia which kind of confronted that logic.

“The Glue Society has been far and away my favourite agency in the world. I look at their approach to the work and creative ethics and I really, really like that.

“One of the reasons why I am fitter than I have ever been for a long time, probably the last 20 years is because I think if you are honest about competition you admire in this town, you have got to be on top of your game.

“I have to use all my dark arts, everything I've used for the last 30 years including my mistakes so the smart stuff I’ve learned by being good at what I do, being a good storyteller and equally the dumb stuff I’ve done and marshal that so in the next six months people go that work is pretty fucking good.

“The elephant in the room is this is an agency, more than any, that has to hit gold and I don't mean literally in terms of awards. You have to do the work on a consistent basis that people are using as a reference point and we haven't done work that people use as a reference point for too long. Part of the whole point about not being half-pregnant is equally you can't take half the responsibility. I can't say it's half my fault. It’s all my fault.”

Unusually frank stuff from a tier one creative but Nobay has shed 30 kilos and says he’s ready to fire.

Rumours have been swirling for a month or longer that WME has acquired an Australian talent management firm to bundle with Droga5 and IMG. There is also conjecture the three firms may be co-locating their respective headquarters. Nobay won’t be drawn either way on those details but does say the new three-way alliance will produce some new big bang opportunities in the Australian market.

He also gets his hands back on the tools in the agency as the go-to creative chief.

“The potential for a new client offering is what excites us,” Nobay says. “It’s the chance to present a very tangible alternative to our clients around the space of brand, talent and social.”

Steve Coll’s next move is imminent but here’s what he had to say on his Droga5 exit:

“The decision to resign wasn’t something I took lightly, especially as there are very few companies with the world-class reputation of Droga5 and clearly a lot of exciting things planned for the agency. But this felt like the right time for me to fulfill some long-standing ambitions. I am grateful to Nobby and Sudeep for their support. We part ways as good friends and I have great admiration for both. I’ve learned an enormous amount from working with these two top class, talented and tenacious people and indeed from my experience of working with everyone at Droga5. Especially the first-class creative department.”