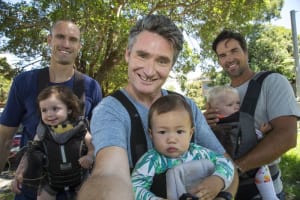 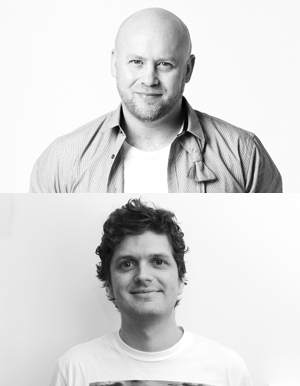 Save the Orangutans
Save a little for your health
Save an image of your baby
Save Alec Baldwin’s cashmere socks
Save time watching ads
Save a thought for the poor ginger kid in the VW.

Some triumphant hits and a few disappointing misses. Still, it’s awesome to see just how much life still exists in the standard video format, judging from the wide range of approaches on show in these six spots.

Lyndon Hale: Insta-dads! Nice, thought out and a reasonably well-handled excuse to generate three minutes 20 seconds worth of entertainment. As for promoting the launch of the 2016 Bonds Baby Search, think it misses the mark a bit. We all love taking pics of our kids at those special moments you get with them, but it doesn’t leave me feeling as an Instadad with a cute kid, I should enter as I might have a winner on my hands. I do however feel jealous that I don’t have some mates as witty as Fitzy & Hughesy and at least one as good looking as Pat Rafter. No offence meant to any of my friends reading this.

Tom McMullan: It’s pretty cool that advertising in 2016 can be a three-minute video of celebrity dads goofing around. I also love how effortlessly Bonds come across as authentically Australian. I was a little confused by the message though – I’m still not sure, after three minutes, why Bonds is searching for a baby.

LH: When commenting on ads such as this, I really start disliking the fact that I’ve been in the industry for so long and have possibly become too cynical for my own good. On many fronts it’s great; from a craft point of view it does a really good job of depicting Aussie families as they actually are at home, which so many brands struggle with and it also tugs on the fuzzy heart strings. For me however, the jury is still out on on whether this multicultural, politically-correct love-fest is just the brand version of saying: “No really, some of my best friends are gay!”

TM: Brave idea and execution, seeing as Australian TV has such a big issue with a lack of diversity on screen. I especially love how bold they are with their shot selection, from breastfeeding to the same-sex kiss. Let’s see more of this, everyone!

LH: Alec Baldwin’s character from 30 Rock (which he’s almost become a pastiche of in real life) is heavily laden with narcissism and the huge dollop of whimsy, which makes him bang on to promote this product. A voice controlled speaker, computer thingy, that acts a a PA. Which is also named narcissistically as if it’s the female version of his own name. Great stuff... very funny! Hats off to the casting choice.

TM: Look, you can’t really go wrong with Alec Baldwin, and they haven’t with this amusing spot (which is a nice continuation of Amazon’s Super Bowl prequel). I’m still not convinced I need an Amazon Echo, but it does make me long for another season of 30 Rock.

TM: A simple and smart concept, brought to life with solid performances from the two leads. It would have been stronger without the five seconds of sports highlights at the end, and the setting seems pretty arbitrary, but it made me chuckle.

LH: Very few brands have produced a product that has grown and changed shape over generations, but still kept a significant place in people’s affections. I seem to remember a fair bit of the international work in the 90s had a similar flavour. In recent years, VW has steered clear of it (excuse the pun). Personally, I’m glad to see the genre back as part of the brand work, as even though it faces stiffer competition now, it’s still a brand truth that rings true.

TM: A clever use of the product to tell the story of a lifetime in a predictably grand Euro-prestige car ad. This feels like something that would have won awards 20 years ago, but is maybe not progressive enough to do the same today. I like how the cars are front and centre without distracting from the narrative - but if Volkswagens are lifelong companions, how come this guy goes through seven of them within about 25 years?

LH: It’s hard yards marketing products like Nuttelex. My youngest has to have it as he’s allergic to dairy. It’s pretty rancid tasting stuff, and if you’ve spent your life devoted to the full fat lactations of cows it’s no substitute, in my book. However, if it’s that or nothing, it’s not a bad option. I’m guessing most people are not choosing the product on taste, so they are purchasing it on ethical grounds or dietary reasons, meaning half of the purchase choice is already made.

TM: There’s not a lot to review here, seeing as this spot spells itself out so explicitly. The cause is awesome and the orangutans are adorable – but I can’t help but feel that, due to its conventional approach, this won’t be appearing on anyone’s highlight reel.